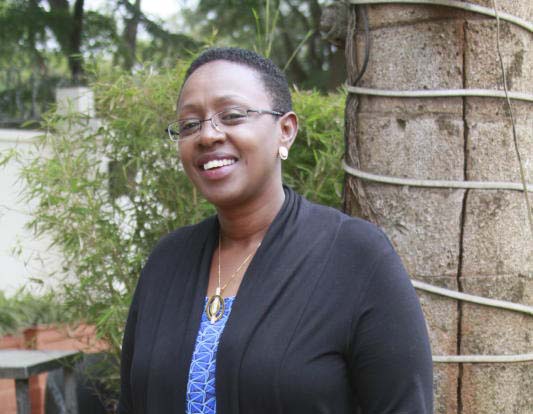 As politicians are busy crafting strategies for next year’s polls, a catchy and simple nickname that will be easy to remember and attractive to the electorate is top on the list.

Many aspirants are including nicknames in their national identity cards for easier recognition on voting day.

Politicians like Wanjiru Chege swore an affidavit to include in her identity card the name Maitu, Kikuyu for mother, to flow with her slogan “Maitu Ndacenjagio” (you can’t replace your mother).

Kiharu politician Karanja Mburu has also sworn an affidavit to include in his ID the name Wamatangi, associated with his charitable deeds in construction of water tanks in communities and in schools, to serve as a reminder to the electorate.

Mburu is seeking to unseat Ndindi Nyoro and banks on his philanthropic deeds to woo voters.

Water Principal Secretary Joseph Irungu Wairagu has also changed his name to Wairagu wa Mai (Wairagu, the water provider), in a strategy to clinch the gubernatorial seat by riding on his ministerial obligation of connecting water to peoples’ homes.

The aspirants may have borrowed a leaf from those who successfully changed their names before winning elective positions in the past. Maragua MP Mary Waithira included the word “Maua” in her name. This was her husband’s business name, and was popular in the constituency.

Murang’a Governor Mwangi wa Iria was initially Francis Mwangi Maingi. He changed names to avoid confusion on the ballot paper, since he was popular during his tenure at the New Kenya Cooperative Creameries (KCC) before venturing into politics. It was at the New KCC where he picked his nickname Mwangi wa Iria.

Kiambu Senator Paul Kimani added “Wamatangi” on his ID to correspond to his popularity of distributing tanks to locals.

Kieni MP, who was earlier known as James Mathenge Simon, changed his name to Kanini Kega, which was the family business name, while Godfrey Kariuki Mwangi, popularly known as Kabando wa Kabando, also picked his nickname as an official name after the 2002 General Election.

Kabando started referring to himself as GKM Kabando in high school, and would later on be called Kabando wa Kabando after he joined the University of Nairobi in 1990 for a Bachelors of Arts in political science.

Other than changing names, the politicians have crafted catchy slogans while others are mere rhetoric meant to relate with popular names.

Such leaders include Kirinyaga Governor Ann Waiguru, who identified herself with the slogan minji minji (green peas), a Kikuyu popular dish. Meru Governor Kiraitu Murungi has in the run-up to his re-election campaigns assumed the moniker King’angi or crocodile, inferring that the politician who has so far been elected on six different political tickets and was a dangerous political reptile.

His competitor, Agriculture Cabinet Secretary Peter Munya, is “Laingó” or the fearless warrior, while Senator Mithika Linturi picked “Captain” as his moniker in last election campaigns.

The University of Alabama In Huntsville Research Ranking.