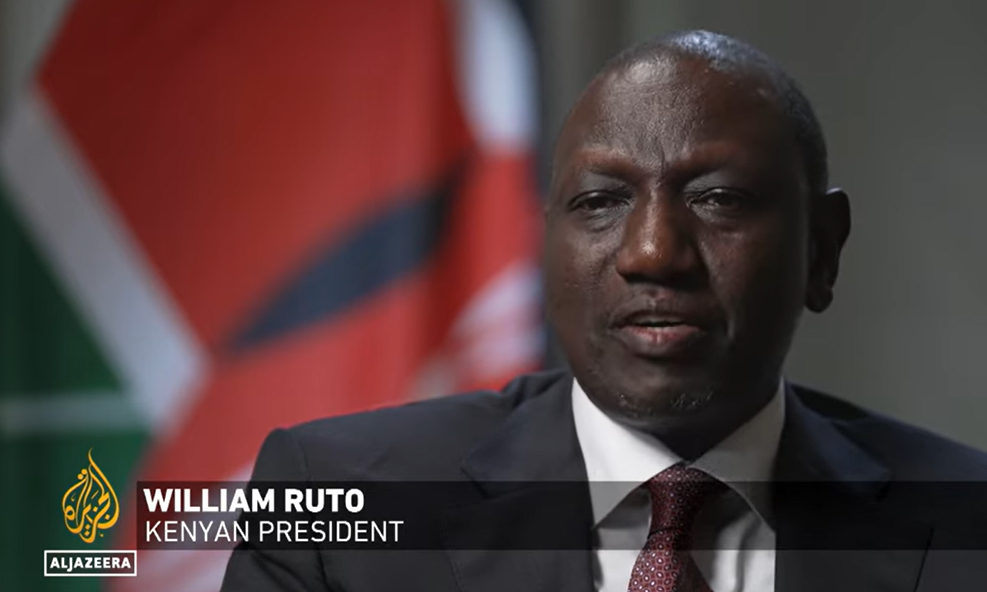 Kenyan President William Ruto says he bears no ill feeling towards his predecessor, Uhuru Kenyatta,  and that the differences between him and the 4th President that arose in the run-up to the August 9, 2022 General Election are now water under the bridge.

Dr Ruto says it was Kenyatta’s democratic right to support his main rival, Raila Odinga, in the August 9 presidential polls.

The president, 55, said his decision to front Kenyatta, 60, as Kenya’s main peace ambassador to Ethiopia and the Great Lakes region demonstrated his commitment to a truce between him and his predecessor.

Ruto made the remarks during an interview on Al Jazeera on Saturday morning, September 24.

Asked on how his relationship with Kenyatta is, especially after the hotly contested presidential election, Dr Ruto said: “I’m now the President of Kenya. I’m the big brother now. It’s in my place to work with him (Uhuru Kenyatta).

I think it’s the right thing to do. I won’t allow negative energy to be built around our country. It (presidential election) was a competition. President Kenyatta had a candidate, his candidate did not win, I beat his candidate, and that is a democratic process. That’s behind us.”

A chicken seller who became a successful businessman; a politician who rose to the presidency: William Ruto was officially declared president of Kenya after narrowly winning the election in August.

While it is widely considered Africa’s most stable democracy, the country has its fair share of burdens.

This week, we discuss some of the challenges facing Kenya – from deep ethnic divisions to a flailing economy, the threat of armed groups and the worst drought in decades. The Kenyan president, William Ruto, talks to Al Jazeera.