Gen Wamala's daughter to be buried in wedding gown 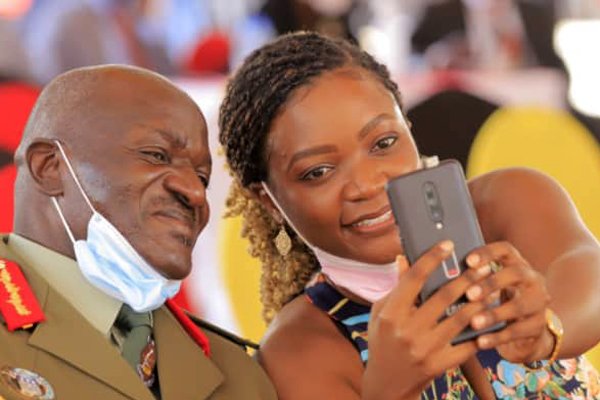 Brenda Nantongo, the slain daughter of Uganda’s outgoing Transport and Works minister Gen Katumba Wamala, will be buried on Thursday in Kikandwa village, Mukono District in the central region of the country, while dressed in a wedding gown.

The 32-year-old died Tuesday after the car she was in came under attack from gunmen in an assassination attempt on her father in Kisaasi, a Kampala suburb.

Brenda’s mother, Ms Christine Katumba, said the family decided to bury her in a wedding dress because she had always looked forward to having a wedding, adding that they had broached the subject of marriage several times in conversations.

Speaking in Luganda at a funeral service on Wednesday evening, Ms Katumba added: “And, so, I decided that my daughter had to wear a gown. Even if she is dead, let her wear it in a coffin, let us throw this wedding as her last celebration.”

Indeed, at the service, Brenda’s body was in a glittering hard-wood casket in a sleeveless, round-necked cream satin gown with white pearls. A cocktail hat was clipped to her trimmed hair.

The service was an emotional affair as each speaker talked about her untimely death. Brenda’s younger sister Belinda Katumba, who is currently in Canada, in a message read by their brother Julius Katumba, spoke of how the deceased had plans to start a family.

“I cannot believe that my sister is gone. Just yesterday (Monday), we spoke during the day crying about the death of our grandmother, not knowing that I would spend the next day mourning Brenda,” Belinda said. “I will miss your laugh, our weekly drives with mom to visit grandma.”

One of her aunties said they often teased Brenda about getting married and that unlike other girls, she never answered them rudely or barked at them, often responding that she would marry at the appropriate time.

“I would ask her when she would bring a man home and whether we would not fall while greeting [guests] during the marriage [due to old age as she continued delaying to marry],” Gen Katumba’s elder sister told mourners while speaking in Luganda.

Another mourner, Ms Stella Kisekka, said: “I had to pick out a gown for Brenda. I had to do her make-up.”