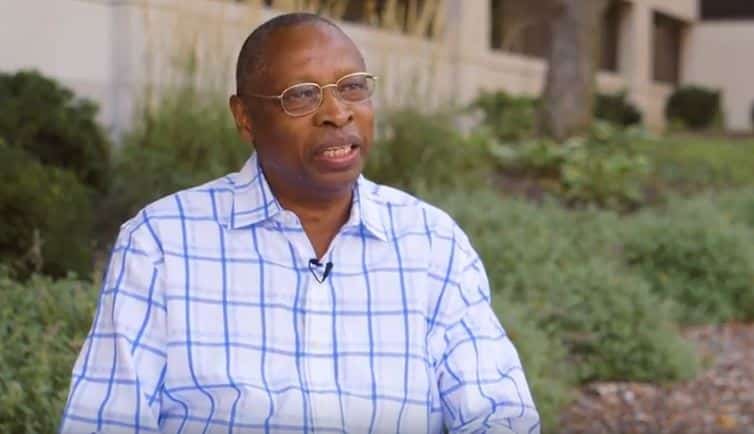 One of George Njoroge’s managers characterized the Kenyan-born scientist as a true drug hunter who was “ready to go the extra mile” to uncover new treatments early in his career as a pharmaceutical chemist.

The comment humbled Njoroge (chemistry, GRS ’83, ’85). But that turned out to be true: Njoroge spent the next three decades creating innovative cancer and virus therapies.

Victrelis, for example, was the first treatment to target the virus that causes hepatitis C, a condition that affects more than 70 million people worldwide and can result in serious liver damage and even death.

Njoroge’s unparalleled record of achievement was highlighted during a virtual ceremony by department chair Gregory Tochtrop: Njoroge secured more than 100 patents and published more than 130 publications in peer-reviewed journals while working with pharmaceutical behemoths Schering-Plough, Merck, and Eli Lilly.

He has received numerous honors, including the American Chemical Society’s “Hero of Chemistry” award and an honorary doctorate in pharmaceutical science from Mount Kenya University.

Throughout his many years as a scholar in the United States, Njoroge always hoped to return to Kenya and use his skills to help his motherland. He and his wife, Esther, decided it was time in 2019.

They moved to Nairobi, where Njoroge designed a multipurpose structure called the Center of Africa’s Life Sciences, or COALS. Njoroge intends to boost indigenous medication development and manufacture with this facility.

READ ALSO  Nazizi: I didn’t use surrogate for my 2nd baby

He also wants to equip young Kenyan scientists with the educational and research options that were so limited in his youth, when his personal financial circumstances nearly prevented him from pursuing a career in science.