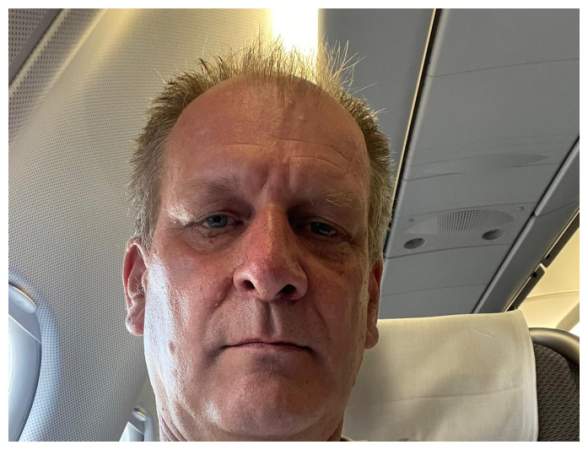 German national who allegedly lost over Ksh1 million to three police officers who supposedly conned him is seeking justice.

The German, Stefan Weidener, claims that three airport police officers concocted a plan to extort money from him, working together with the cab driver who picked him up from the airport.

The victim alleges that the suspects devised a clever scheme to fabricate defilement claims in order to demand money from him.

Weidner asserts, via his attorney Elkana Mogaka, that he entered the nation on July 29, 2022, to see his lover Barbara Ombaga.

Barbara, according to Mogaka, was unable to meet his client when he arrived.

However, he sent a cab to pick her up from her Bamburi house and invited her to his recently-leased property in Nyali.

“The taxi driver and his girlfriend who are known to each other did return to the apartment with two other ladies who unknown to the claimant were underage girls, and who were seeking his sponsorship. However, within an hour, three police officers ambushed the foreigner claiming that he had committed criminal acts by hosting the 3 minors,” Mogoka said.

In response to the allegations, Weidner was compelled, according to Mogoka, to transfer Ksh1 million through a series of online transactions to accounts kept in the names of the three police officers in order to escape being detained by the alleged officers.

“The police officers took possession of the foreigner’s passport as security to ensure the online transactions would successfully go through, with threats that they would arrest and charge him with criminal offences of hosting the minors,” the lawyer said.

“The claimant was collected at the airport by the first respondent under the instructions of the second respondent who acted as his taxi driver and took him around Mombasa city during his stay in the city. He further claims that apart from Amwoyo being the taxi driver, he organized the claimant’s rental apartment in Nyali centre where he would stay and pay for,” the OB reads in part.

Germany to introduce own ‘green card’ version to bolster workforce