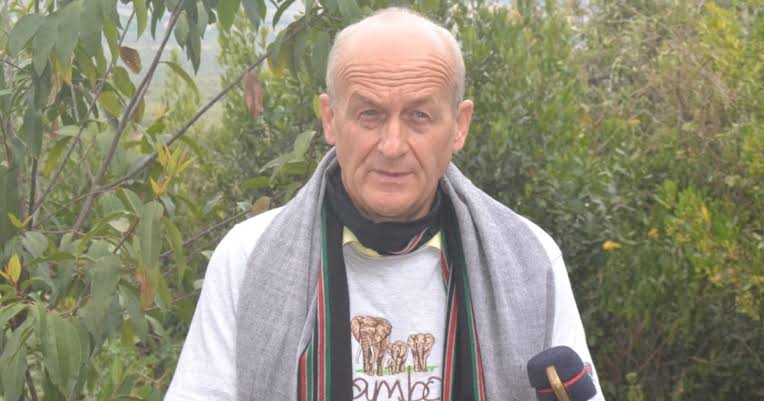 A German tourist who reportedly lost KSh 5 million to his Kenyan fiancée has fled the country.

The tourist, Reiner Hans Hermann Kreplin, 66, lost the aforesaid amount of money to Mercy Adhiambo, 24, while in Malindi.

The tourist lost the money in Harbour Key villa where he loved with Adhiambo on December 10, 2020.

Hans who has fled to Tanzania now wants police officers to arrest the lady and recover the money in question.

‘’I am currently out of Kenya in one of the East African countries for my safety because of the threats I was receiving from anonymous people who were always detecting my location,’’ he said.

Further, he accused Kenyan police of taking too long to solve the matter.

“I wonder how long the police are taking to arrest the suspect yet they have all the machinery needed to track her,” he said.

After losing the money, Hans traced Adhiambo’s family in Siaya but he was informed that she has been unreachable for months.

“Early last month I went to Adhiambo’s family in Siaya to inquire about her whereabouts but I was told she has been unreachable for months since her disappearance,” he said.

He explained that he got the money after selling one of his properties in Germany.

He then came to Kenya and planned to use the money to buy his villa at Harbour Key villa.

He added that he had planned to buy another villa in Malindi on a 50/50 ownership agreement with Adhiambo.

Hans also revealed that he had plans to open an irrigation scheme in Ganze Constituency, Kilifi County.

On the list was also a plan to open a recycling plant.

Kreplin first came to Kenya in January 2019 as a tourist from Ethiopia.

There are only 58 Covid-19 ICU beds in ‘diseased counties’