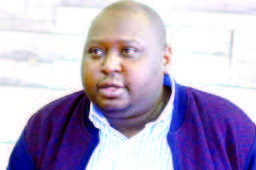 Owners of bars have requested six months to relocate to zones designated for nightclubs and soundproof their buildings.

In a press conference held yesterday at Roadhouse Grill in Hurlingham, Nairobi, under the sponsorship of the Pubs, Entertainment and Restaurants Association of Kenya (Perak), the traders denounced the decision made on Friday by Nairobi Governor Johnson Sakaja to outlaw nightclubs in residential areas.

“We find this action to be punitive because stakeholders were not involved,” said Perak boss Michael Muthami (pictured).

The officials said that they had explored means of settling the complaints with the government and residents’ organisations.

According to reports, the discussions resulted in the formation of a working group that included representatives from Perak, the Alcoholic Drinks Control and Licensing Board, the National Environmental Management Authority, the Nairobi County Government, and resident organizations.

He cautioned that the businesses’ closure puts the livelihoods of nightclub, pub, and bar employees, service providers, and the entire entertainment value chain in danger, putting an estimated 36,000 employment in danger.

He claimed that the crackdown will make the illegal liquor trade worse.