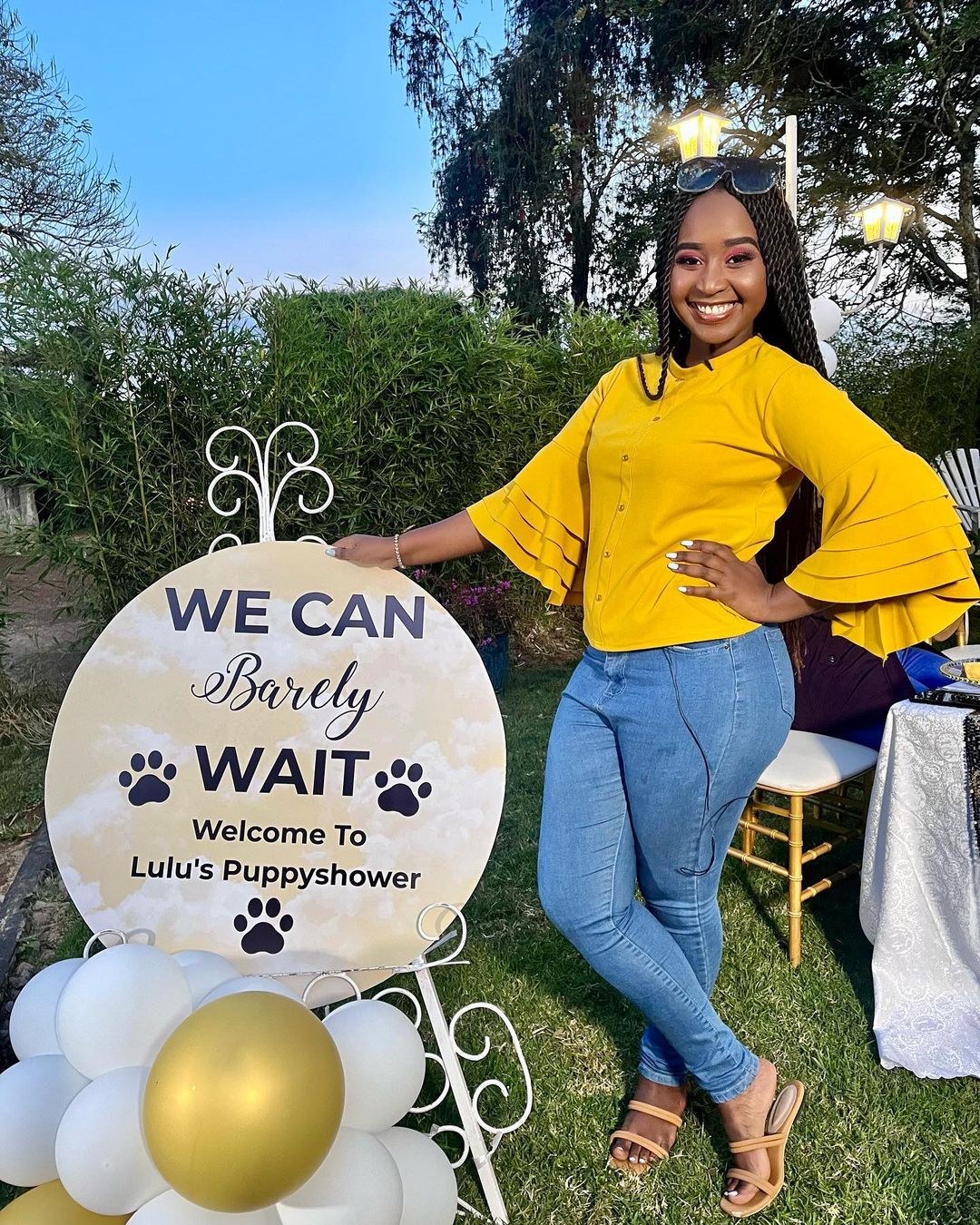 Gloria Patience Kyallo, the youngest sister of Betty Kyallo, appeared to have taken a cue from Sandra Mbuvi and ran with it.

The stunning 21-year-old has internet users in a frenzy after hosting a spectacular baby shower for her canine companion who is expecting!

Do you have memories of Sandra’s amazing weekly menu for her pets when you read this? since the vibes are similar.

Gloria was ecstatic because these were her dog’s first litter of puppies.

“The Girl of the hour. Cheers to celebrating each and every blessing. I love this girl so much. She deserves this and more!!. Congratulations to my girl Lulu on having her first litter.” Her caption read accompanied by love heart emojis. 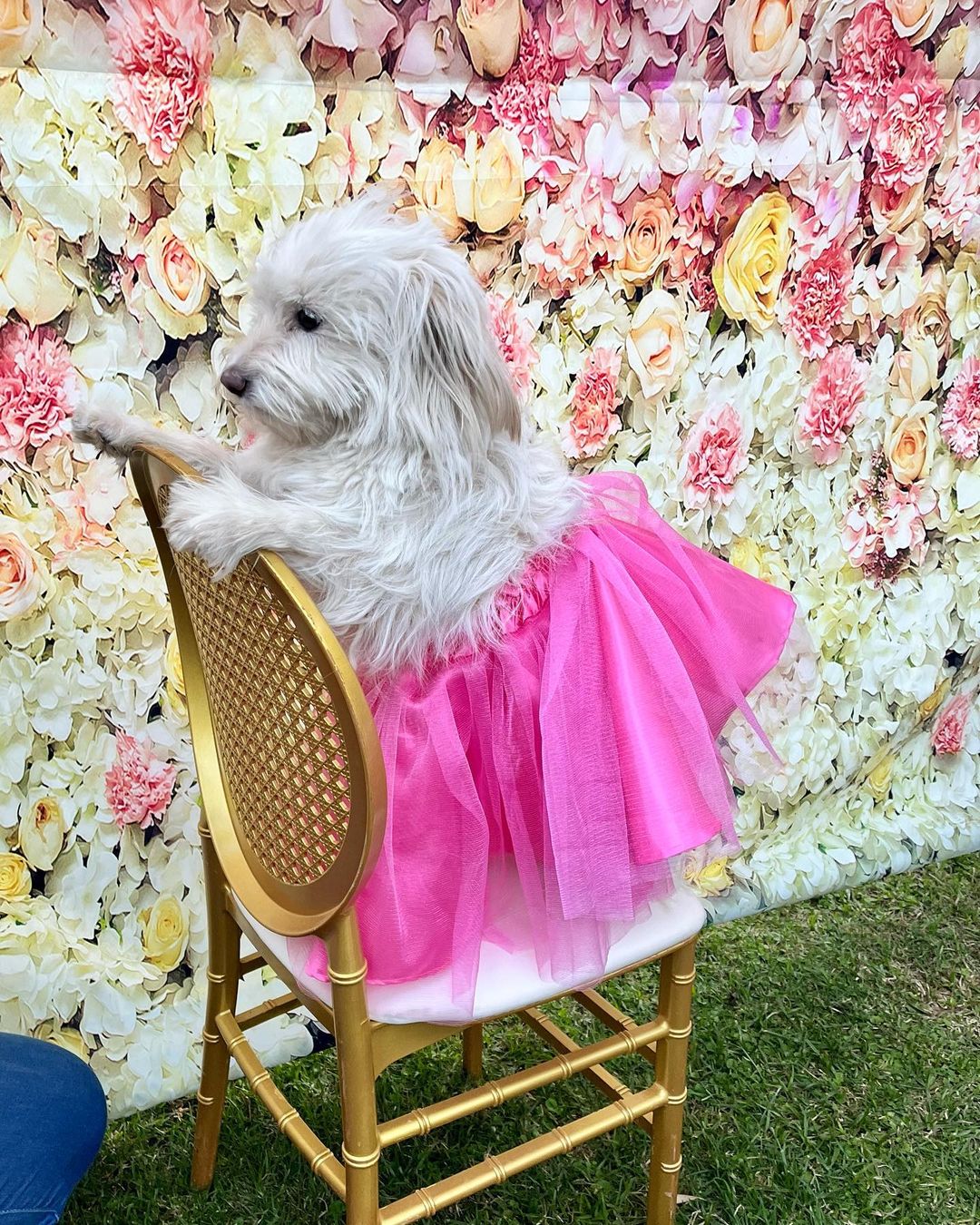 The “Puppy Shower,” which had a white, yellow, and gold color scheme as its major motif, including an Oreo cake with the message “Congrats Lulu.”

And to top it all off, a large contingent of her friends attended the extravagant celebration, some dressed in theme. Her longtime partner Ken Warui and Betty Kyallo’s daughter Ivanna were in attendance.

Gloria’s caption for one of the videos that she had posted read: “My baby deserves nothing but the best!”.

Gloria recently admitted that she is a full-time mother to three pups in an interview. She continued by saying that she always goes above and above for the welfare of her dogs since they are so precious to her.

READ ALSO  Man held over murder of girlfriend in Kiambu

She continued by saying that when she is away for daily errands, she even hires a nanny for her three dogs, Nala, Shaggi, and Lulu.

Hundreds of Students Relocating to USA Feted in the Kenyan Capital