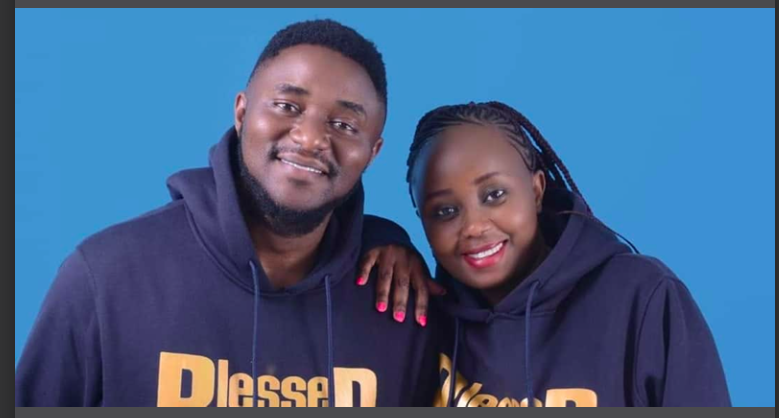 Celebrated Kenyan gospel musician Pitson has opened up about the challenges he went through in his marriage after his sudden fame and money.

Pitson who is famed for various massive hit songs such as Lingala Ya Yesu made it public that slay queens nearly wrecked his marriage.

Speaking during an interview with Robert Burale on his show airing on Switch TV, Pitson stated that celebrities should teach, encourage and inspire their followings with their real-life experiences.

The Lingala Ya Yesu crooner disclosed that fame and wealth got to his head at some point in his prime time and that cost him a lot.

Pitson revealed that at a certain stage in his journey through fame, he got into a romantic relationship with a number of ”slay queens” even though he was a married man.

According to Pitson, celebrities should always share about their failures and not just successes all in a bid to prove to the world that stars are also human beings.

”As mentors, we have to share our scars and not just our cars and medals and awards. We have to tell people we fall. I got my wife, we were doing so well and I got a job at the bank, but then Lingala Ya Yesu happens. Many artists will tell you, there was a time when there was money in the gospel industry. We used to do a lot of shows, and then, there was a lot of money, so you could come home and count your money from different shows and could not believe it.

I had a lot of money but there were no places it was going because I just had a wife and not that many responsibilities. There is a danger with extras, we need to be careful but I made an idol out of money and I worshipped it. With that extra money, I paid rent for so many ladies. I became a sponsor. I threw purity outside the window and all the values of a Christian but my wife found out,” Pitson said.

The musician noted that it was a very hard time trying to change but he finally found balance and ditched all the bad vices and loved his union with his wife more.

“After she found out, she knew the money was going outside to my concubines . She left once but came back anchad we were able to rebuild what we had and I changed and that is how I was able to see real success,” he added.

Pitson’s latest revelation comes barely a year after he disclosed that his wife served him with divorce papers and even left him for weeks after finding out about his philandering ways.

The musician and his wife Carol fussed and fought before getting to a place where they were ready to change and choose each other.

The pair told fellow gospel artistes Size 8 and DJ Mo that they once came close to calling it quits years back after disagreements became their daily cup of tea.

Carol got tired and had divorce papers drafted before placing them on the bed for her husband to see.

He noted that at that moment, he knew his whole union had gone to the dogs and he could not save it.

Apparently, the musician’s wife went through his phone several times and the two of them often disagreed on everything.

Carol further narrated how she stormed out of their home and headed to her parents’ house.

Three weeks later, her better half showed up with his tail tucked between his legs begging for her to come back home.

How over 10,000 Kenyans eyeing Saudi jobs got stranded