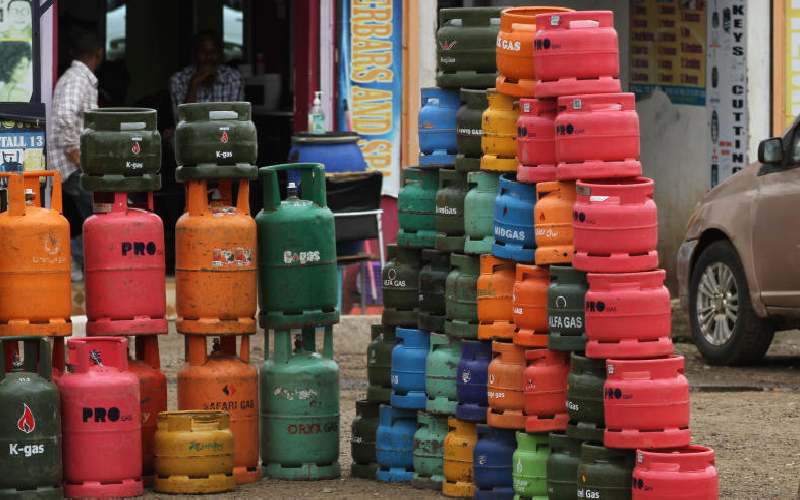 In an effort to keep the price of cooking gas from reaching an all-time high, the government will import 30% of it through Kenya’s National Oil Corporation.

The quota imposed by National Oil is intended to force cash-strapped private importers to cut the cost of liquefied petroleum gas (LPG) and, as a result, retail prices.

This comes after a review of legislation that provide the state corporation 30 percent of cooking gas imports in order to carry out its job of regulating market pricing.

The corporation, which was created to stabilize and influence fuel prices, has been forced to largely follow the demands of a market dominated by private players.

The 13-kilogramme cooking gas now costs Sh3, 400, up from Sh2, 250 in June, ahead of the government slapping a 16 percent tax on the item at the start of the new financial year, putting it out of reach for most homes.

“The Petroleum Products Quota Allocation shall be as set out in the First Schedule and the purpose of the quota allocation will be to ensure price stabilization in an unregulated pricing regime,” says Energy and Petroleum Regulatory Authority (EPRA) in the Draft Petroleum (Importation) (Quota Allocations) Regulations, 2022.

Cooking gas prices are not regulated, unlike petrol, diesel, and kerosene, which are changed on the 15th of each month and remain in effect for one month.

Nation Oil’s gas imports will be stored at the new Kipevu Oil Terminal, which is approaching completion, and will enhance the government’s position in controlling gas prices through influence of wholesale prices.

When the state opened the importation market to private enterprises in the 1990s, the debt-ridden organization lost its privileges to import 30% of the country’s petroleum products, including LPG.