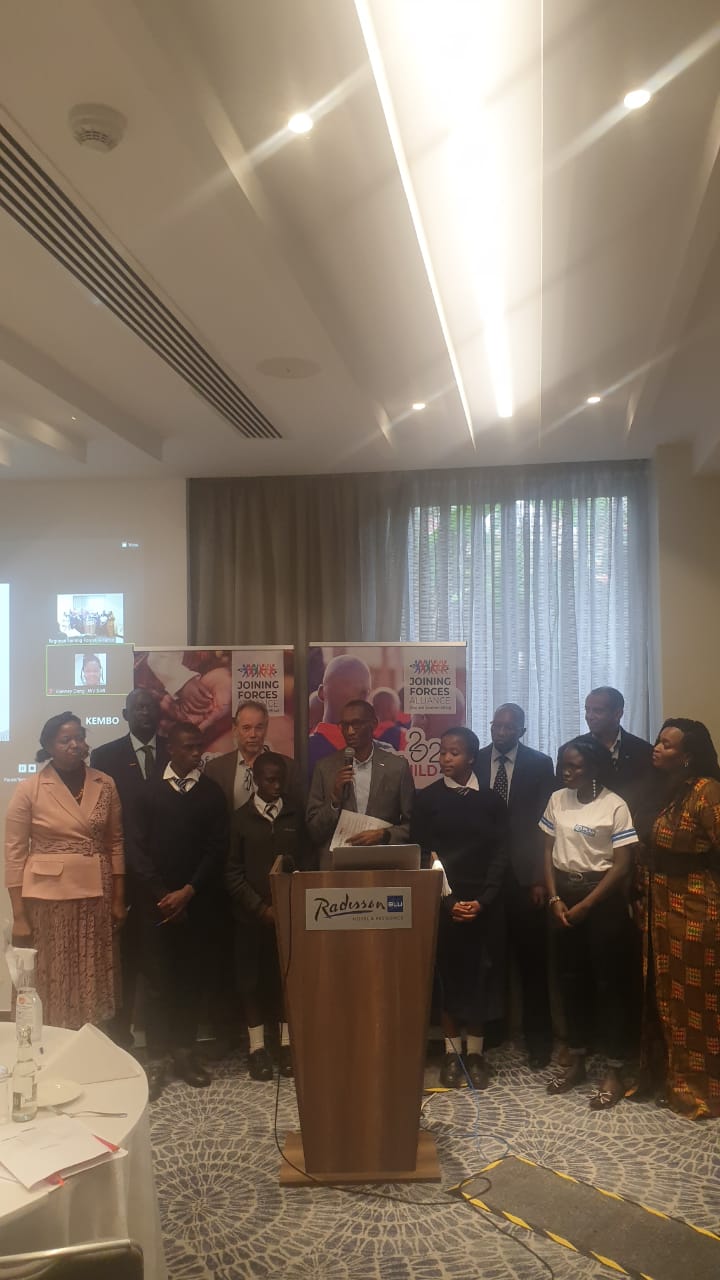 ‘Day of the African Child’ presents an opportunity to assess progress on the adoption of policies that support the African child and also presents a platform for suggesting action against harmful practices that affect children.

Among the most prominent harmful practices affecting children in Africa are child marriage, Female Genital Mutilation and other emerging forms such as online child sexual exploitation and abuse of children.

Since 2013 when participants of the 23rd Day of the African Child commemoration committed to undertake interventions to end harmful practices affecting children, significant progress in the policy arena has been made.

The Sustainable Development Goals (SDGs), The African Charter on the Rights and Welfare of Children (ACRWC), the Protocol to the African Charter on Human and People’s Rights on the Rights of Women in Africa (Maputo Protocol), and Agenda 2063 call for appropriate measures to be put in place to eliminate harmful social, religious, and cultural practices affecting the welfare, dignity, normal growth and development of the child.

Other continental initiatives to end harmful practices include the African Union (AU)’s Saleema Initiative, a continental plan to end Female Genital Mutilation (FGM), the AU’s Ten-Year Action Plan on the Eradication of Child Labour, Forced Labour, Human Trafficking and Modern Slavery in Africa (2020-2030), the AU’s campaign to end child marriage that was launched in 2014 and The AU Convention on Cyber Security and Personal Data Protection, commonly known as the Malabo Convention that is expected to control cybercrime and online child sexual exploitation and abuse of children.

African Regional Director, Childfund International Chege Ngugi said that despite these interventions and initiatives, we are concerned about the slow pace of progress and the challenges the African child continues to face.

“A vast majority of children in Africa, especially girls are still married at a tender age. According to UNICEF (2022), 3 out of 10 young women in Eastern and Southern Africa were married before age 18. UNFPA (2022) estimates that the number of girls undergoing female genital mutilation each year is projected to rise from 4.1 million in 2019 to 4.6 million girls in the year 2030 with a vast majority coming from Sub-Saharan Africa,” he said.

He added that there is an increase of OCSEA cases that have come with increased access to digital platforms and devices by children. For example, findings from Disrupting Harm research in Kenya reported that between 5 and 13 percent of internet-using children, aged 12-17, reported experiencing OCSEA (ECPAT, INTERPOL and UNICEF, 2021).

Kijalo Shako who is the Director of Advocacy Save the Children International noted that the situation has been exacerbated by the ever-increasing humanitarian emergencies caused by conflict and natural disasters, the COVID-19 pandemic, exclusion of women, girls and young people from policy and decision-making processes and poor implementation of the developed policy frameworks.

“We call upon governments in Africa, in partnership with sub-national governments, academia, and civil society, including those working with children and young people, media, community leaders, and faith-based organizations to develop and implement policies and laws that protect children from harmful practices and allocate and cost budgets for child protection, tackle the challenges that perpetuate the violation of children’s rights, such as gender inequality, discrimination, poor access to education and poverty,” noted Shako.

Shako further called on strengthening legal and justice systems to protect the rights of children, especially girls and take decisive action against those who perpetrate violence against children and involve young people and girls in policy and decision-making process by ensuring that their voices are heard and considered in all aspects touching on their lives.

They also called upon civil society organizations and donors to partner with governments to raise awareness among communities on the dangers and consequences of child marriage, FGM and other harmful practices with the aim of communities adopting alternative rites of passage.

“Undertake research and implement evidence-based child protection programs that have a sustainable impact on communities,” he said.

VIDEO: Why the buzz over ‘Hana Kuma’ and what Naomi Osaka has ostensibly told Kenyans about it