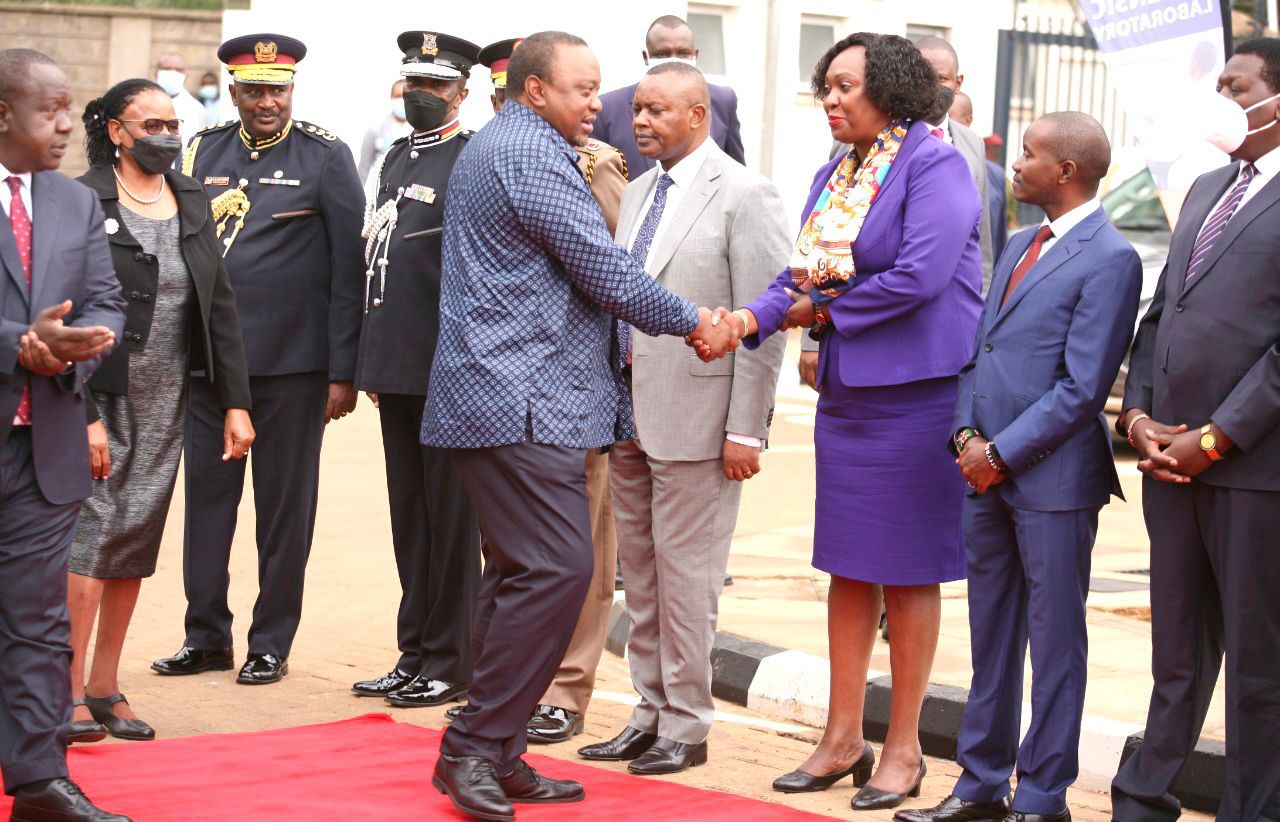 Nairobi Governor Ann Kananu has vowed to continue fighting crime even after her duty as the county chief expires on August 9.

Kananu who is not contesting her current position said Kenya is technologically making huge strides in fighting crime and lauded President Uhuru’s administration for making efforts towards a crime-free Kenya.

However, she said there is still a long way to go.

“We must win this battle against violent crime especially against women, children and the elderly,” she said.

The Governor was speaking during the launch of the DCI National Forensic Laboratory at the DCI headquarters.

It will fast-track scientific investigation into crime which forensic experts say will expedite the arrest and prosecution of scientifically leading to suspects.

“This will significantly improve efficiency in the criminal justice system,” she noted.

Uhuru said the new lab will help the fight against different crimes including terrorism, murder, robbery with violence, cybercrime, rape, among others.

“This is a step in the right direction,” said Uhuru.

“Crime causes the deepest violations of people’s rights, going to the extent of violating even the right to life. Such crimes are committed by people who have lost all their sense of humanity. To them, we must show no mercy,” the Nairobi Governor said.

She noted that society must work with the police in the apprehension of criminals and not harbour them.

READ ALSO  Why digital drivers are shifting to offline mode

The Governor, who is herself a highly trained forensic science expert, said hers is a calling a d would never stop fighting crime.

She said the lab is one of President Uhuru’s legacy that will ensure no criminal will get away with their acts.

“The facility will ensure the provision of evidence which will lead to the speeding up of investigations and the judicial process altogether,” she noted.

She said the new lab will enhance the success rate of the DCI’s mandate.

“Taking criminals off the streets is a factor towards growth and development,” she said.

Kananu called on the government to recruit more Nairobi youth into the DCI.

Chief Justice Martha Koome said the criminal justice system will improve significantly with the launch of the new forensic lab.

She called on the DCI to make proper use of the lab, adding that this will shorten the period cases are run to conclusion.

“The facility will boost the delivery of justice to Kenyans by helping to fast-track investigations,” she said.