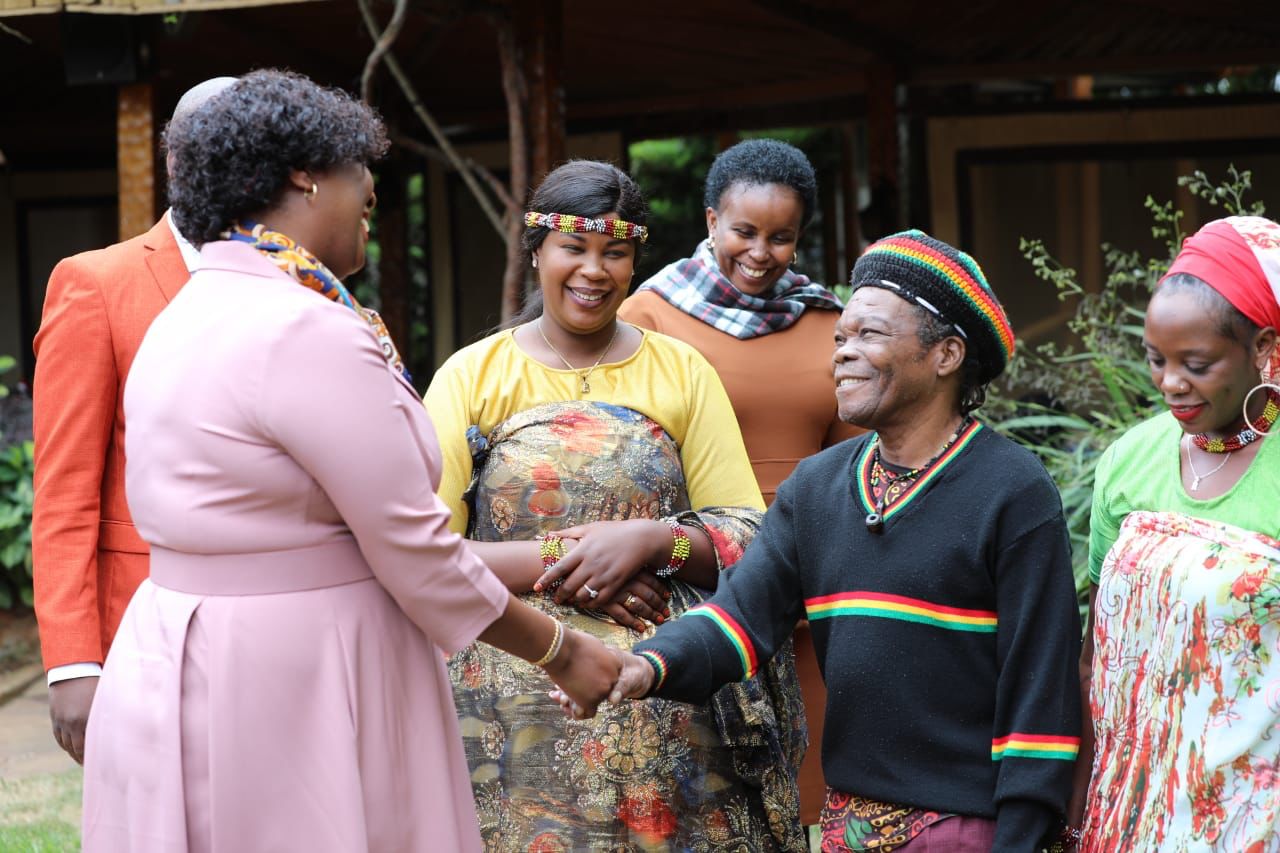 All is set for Eric Donaldson’s reggae show in Nairobi as Governor Kananu fetes the Jaimaican star.

The veteran reggae singer and songwriter jetted into the country on Monday and is set to perform at the reggae fest dubbed “Umoja Splash Festival” on Saturday at the Carnivore grounds.

Nairobi Governor Ann Kananu has hailed the reggae musician for his deep songs with captivating messages to the society.

Speaking after hosting the musician for a lunch meeting, Kananu called on Kenyan musicians to emulate the legendary artiste by composing songs that will change the society.

“I have attended his concerts and I’m sure reggae fans will enjoy his performance. I’m urging all reggae fans to turn up in large numbers,” said Kananu.

Donaldson has advised Kenyan musicians to sing songs with logic.

“Songs are like education to the people. Music must bring love and joy to the people,” he advised local musicians.

The reggae star also congratulated Governor Kananu for championing against gender-based violence in Nairobi and for her role in improving disaster response by the Nairobi City County Government.

“Nobody can stop reggae. It’s part of us. All is now set for the Saturday event,” said Refigah.

Donaldson has been composing and recording songs since 1964.

He rocketed to popularity in 1971 with his winning entry in the annual Jamaican Festival Song Competition, with the popular “Cherry Oh Baby ” hit, “Traffic Jam”, “Lonely Night”, among others.

This is the first time Donaldson will be performing in Kenya.