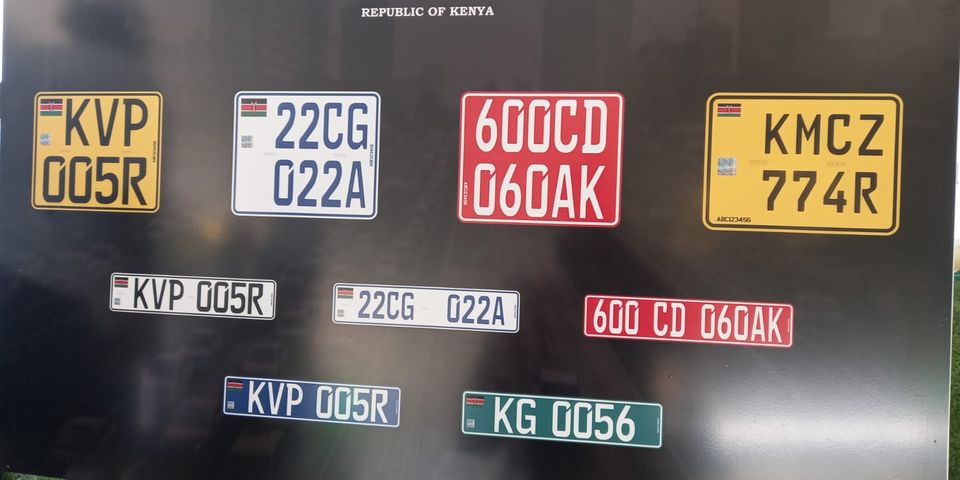 The government has introduced new generation digital number plates with improved security features that will make it easier to trace a car’s ownership in an effort to stop the country’s rising incidences of vehicle theft and fraud.

Interior Cabinet Secretary Fred Matiang’i said during the launch at the General Service Unit (GSU) Recce unit Headquarters in Ruiru, Nairobi, that the new number plates have improved features and will be installed on imported cars at the point of entry.

Kenyans have an 18 months time span to adopt the new number plate system.

“The plates will be sychronised with Kenya Revenue Authority (KRA) systems to help eliminate cases of tax evasion in car selling business. This job is being done by a multi-agency unit of the security sector and is part of the reforms initiated by President Uhuru Kenyatta after the 2019 Dusit attack,” Matiang’i said.

The CS also urged Kenyans to cooperate with NTSA officers when asked to alter their license plates. Changing to the new plates will cost up to Sh3,000.

According to Legal Notice 62 of 2016, the plates will cover 12 categories of cars. Transport CS James Macharia further adds that it will be easier to track automobiles being imported through the Mombasa port.

“The plates that comply with the amended Traffic Act of 2016 and will bear additional features some of which that shall be visible physically and others only to security agencies for ease of tracing in the event they are involved in committing crime.”

“Kenya being a transit hub in the larger East African region, the new technology forms a basis for tracking and monitoring vehicles in the country which have risen significantly from 3.2 million last year to 4.8 million this year,” Macharia said.

Rachel Ruto’s cycling buddy dies during race in US