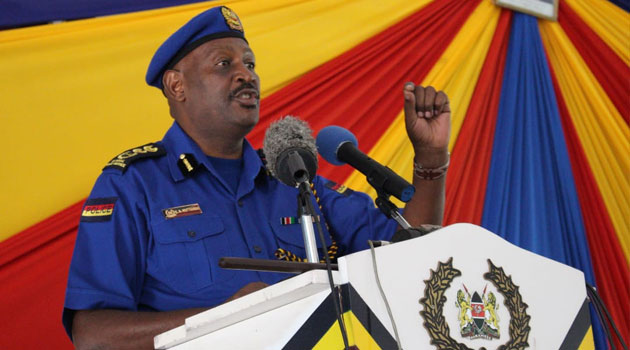 The State will give at least ten armed police officers to each presidential candidate who is set to run in the August elections.

From the day of IEBC clearance until the conclusion of the General Election, each candidate and their running mate must be given round-the-clock security, with police assigned to protect them, their offices, and their houses.

As a result, in the two months coming up to the General Election, politicians will be accompanied by five police officers as they travel around the country with their running mates to woo voters.

To ensure security, the remaining five cops will be stationed in turns at their rural and city dwellings.

Inspector General of Police Hilary Mutyambai has set aside around 200 personnel from the General Service Unit, Kenya Police, Administration Police, and Prisons Service for this purpose.

Once the Independent Electoral and Boundaries Commission publishes the results on Wednesday, June 8, the team, led by an inspector, will be allocated to the candidates.

During the election, presidential candidate security is a crucial issue, and breaching it could have a negative impact on election timetables.

For example, if any of the candidates or their running mates dies before the election, the election on August 9 will be canceled and a new date chosen, according to Article 138(8b) of the 2010 Constitution.

The same is true if a candidate who would have been eligible to be declared President dies before the declaration.

If there is a postponement, the new date will be within 60 days of the prior election date, which means by October 9.