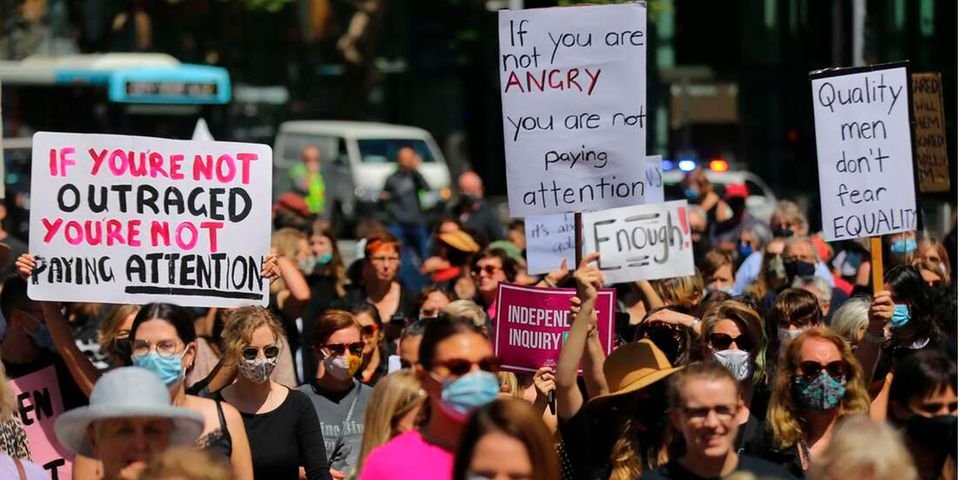 The prime minister — already under pressure for his handling of allegations including that a female government adviser was raped by a colleague — called the behaviour “disgraceful” and “absolutely shameful”.

The videos and photos, which had allegedly been shared in a group chat of coalition government staff before being leaked by a whistleblower, were first revealed by The Australian newspaper and Channel 10 late Monday.

The graphic images have prompted fresh outrage from female lawmakers and the Australian public, coming on the heels of the rape allegations which sparked mass nationwide protests.

The whistleblower, identified only as Tom, told the news outlets that government staffers and MPs often used a Parliament House prayer room to have sex, and alleged that sex workers had been brought into the building “for the pleasure of coalition MPs”.

He also said a group of staffers routinely swapped explicit photos of themselves and he received so many he had “become immune to it”.

He said there was a “culture of men thinking that they can do whatever they want” and while he did not think the staffers had broken any laws, “morally, they are bankrupt”.

One aide was immediately fired and the government has promised further action.

Minister for Women Marise Payne told local media the latest revelations were “beyond disappointing”, saying they highlighted the need for a government-ordered inquiry into parliament’s workplace culture.

Cabinet minister Karen Andrews said she had had an “absolute gutful” of sexism in politics and her “conscience will not allow me to remain quiet” any longer.

She told reporters in Canberra that the ruling Liberal Party should consider gender quotas for its political representatives.

Australia’s parliament has been repeatedly criticised for a “toxic” workplace culture that has allegedly spawned persistent bullying, harassment and sexual assault of women — particularly in the ruling coalition.

Former government staffer Brittany Higgins alleged publicly last month that she had been raped by a colleague in a minister’s parliamentary office in 2019.

And earlier this month, Attorney-General Christian Porter vigorously denied swirling accusations he had raped a 16-year-old girl in 1988 when they were both students.

‘I had rent arrears of 500K,’ Tedd Josiah on battling depression after the loss…