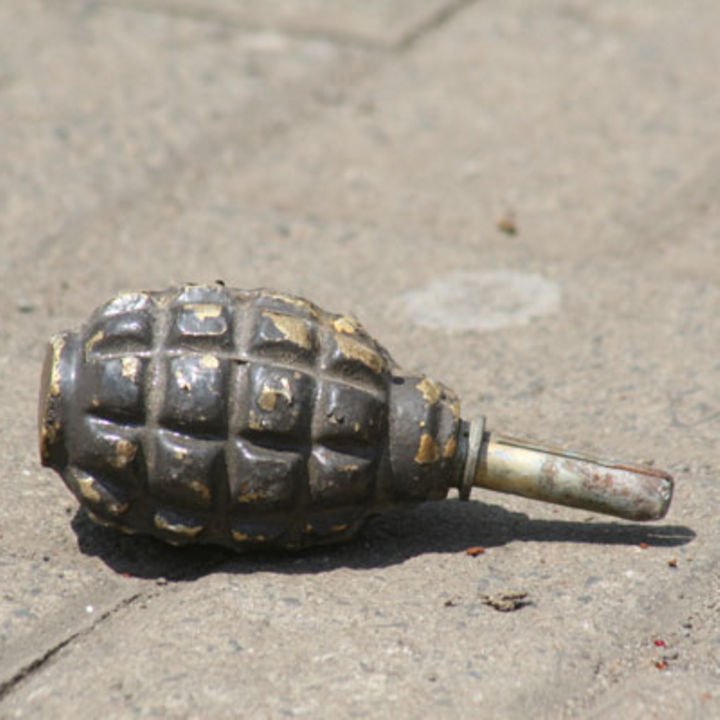 A disgruntled man in Isiolo town attempted to take revenge on his estranged lover by hurling a grenade at her, but it landed on the lap of a stranger and exploded.

The unidentified assailant had targeted the woman in a local pub on Tuesday evening.

The victim, identified as Martin Ochieng’, was receiving treatment at Isiolo Referral Hospital after suffering serious injuries in his groin.

He reportedly held the grenade firmly in his hands in an attempt to stop it from falling to the floor, which would have resulted in more casualties.

For him, however, his heroic actions meant he took most of the blast.

Contrasting narratives have emerged over the Tuesday night incident, with sources saying the suspect, alleged to be a police officer, wanted to attack his former girlfriend.

The two fell out three months ago.

It remains unclear where the suspect obtained the explosive device.

Police said only an investigation will establish what transpired before the incident.

Security organs have been cagey about what they know, but the Nation is aware that the incident has attracted interest from senior security bosses in Nairobi.

Two days after the incident, only one person had recorded a statement as of Thursday afternoon. Detectives from the Directorate of Criminal Investigations are on the case.

Isiolo sub-county police Commander George Kariuki said the owner of the building housing the pub had earlier recorded a statement.

The owner of the pub had not been questioned. Other witnesses, including the victim and workers, were being interrogated Thursday afternoon, Mr Kariuki said.

The targeted woman has not been found and nor has any of her relatives been summoned to record statements with the police.

The police boss maintained that the male victim, who he said is 25 years old, is not a Kenya Defence Forces soldier as was alleged but a resident.

But he did not reveal whether the suspect is a police officer, as is being claimed.

Police are also investigating why the club was operating past curfew hours.

The Nation is aware that police are banking on the victim’s testimony to get leads on the matter and that has either been difficult for detectives or the matter is being handled internally and cautiously so as not to ‘spill the beans’.

An officer, who spoke to us on the condition of anonymity, told the Nation that the matter was being handled at a high level.

“It has attracted a lot of attention from above and is being investigated by several actors,” the officer said.