Gukena presenter Kajim reveals details of his conversation with the president 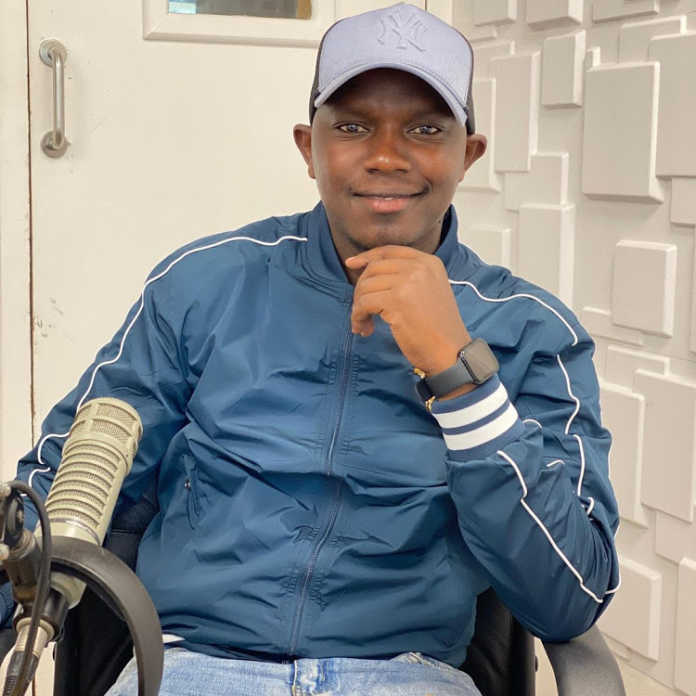 Radio presenter and comedian James Wambui, popularly known as Kajim, is in the business of making Mugithi music known to more people through events.

The comedian, who has been in the radio industry for over five years, is a breakfast show host on Gukena FM, a station that has been holding Mugithi events, which has attracted people from all walks of life

“I want to polish Mugithi such that everyone feels accommodated. This is music for the soul, and from last year’s events, we saw how people love this kind of music,” he said.

“My passion for Mugithi is beyond explanation, so this year, we are going bigger and better. We want to create an environment where even those who want to start doing Mugithi music know the standards have been set and there is no room for average work.”

This year, the first three events are set to go down at the Evergreen, Sagana and Mombasa.

“We will not be in the club anymore. We want to accommodate people who don’t like clubs. Like Christians, the old and young are doing outdoors. And we’ll be bringing the best artistes you know.”

“He has been featuring in people’s songs, but I’d like him to perform on stage, I would like to bring up some MCees because I had a really difficult time coming up as one.”

Kajim, who started his journey in the media industry in TV, says his love for radio surpasses that of TV.

“There is no fakeness in radio. In TV, I couldn’t maintain to have a suit every shoot day, I was even hiring the suit. There’s a time I did a show and I forgot that I had worn someone’s suit, so he came and asked me in front of everyone to remove his suit,” he said.

“Radio gives you creativity with the fact that you talk to people you don’t know.”

His secret in his career, he says, is to know his audience.

“My jokes can be consumed by everyone. I do not have PG jokes, I cut across and I try not to be tribal or identify myself with any kind of jokes,” he said.

“When I came to Gukena, I was doing breakfast show and then I was moved to drive, and now I’m doing breakfast with Njoki. I have the best co-host, she and I have become family. Our chemistry is so good that when she sees a point, she gives it to me in a way that I nail the comic part in that point.”

Kajim was orphaned at a tender age but was raised by his grandmother Wambui, whom he credits for helping him grow in the guidelines of Christianity.

The 26-year-old counts interviewing President Uhuru Kenyatta as one of the biggest highlights of his career.

“It was such a humbling experience because I received a call from State House. I happen to be the youngest breakfast presenter. After the interview, we had a conversation and I invited him for my upcoming traditional wedding.”