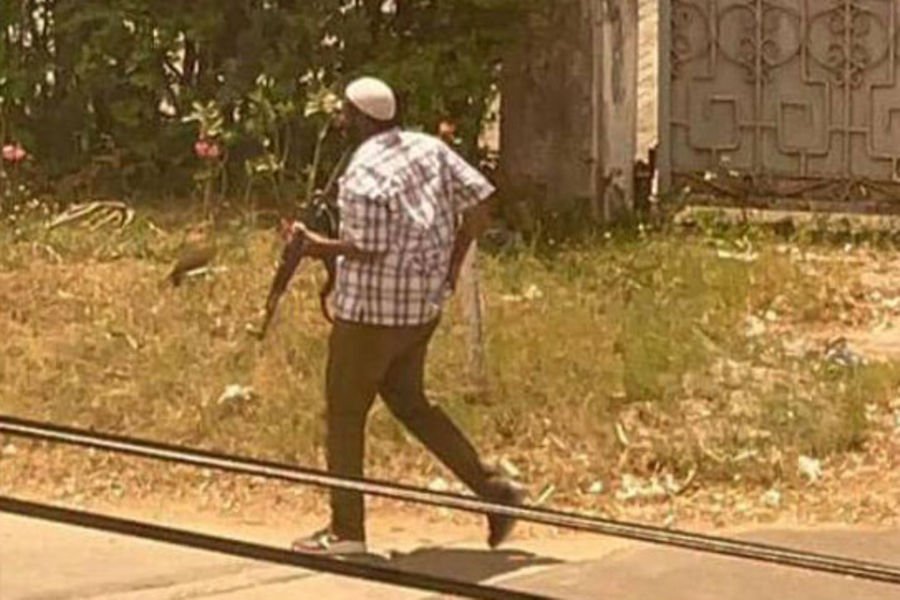 Police officers in Dar es Salaam, Tanzania have shot and killed a gunman who was on a shooting spree along the Ali Hassan Mwinyi Road from the Selanda Bridge area.

The man, who was not immediately identified, was roaming the streets while wielding two assault rifles, with city dwellers at his mercy.

Road users on the usually calm Oyesterbay-Upanga area were forced to abandon their cars as they scampered for safety.

Videos posted on social media show police officers accosting the assailant before he was gunned down in the middle of the road.

Eye witnesses who were at the scene said the assailant could have killed some people during the shooting spree.

The Selanda Bridge area, which borders Upanga and Oysterbay, is inhabitted by residents of foreign missions such as the French, Japanese, Kenyan and Russian embassies. Financial institutions such as Stanbic Bank and KCB Bank are also situated in the area.

The motive behind the attacker’s shooting spree remains unknown.

The incident happened just hours after the Inspector-General of Police Simon Sirro assured Tanzanians that crime had dropped by 12 per cent.

Speaking on Wednesday at the opening of a workshop for regional police commanders and officers in Dar es Salaam, Mr Sirro said statistics show that crime is on the decline.

READ ALSO  ‘I ignored red flags so I wouldn’t be alone,’ Valerie Kimani opens up
Related Topics:News
Up Next