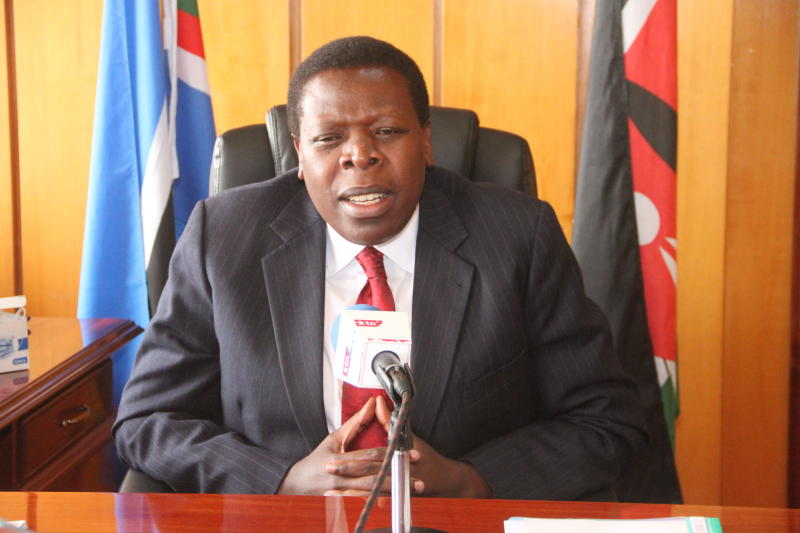 Wamalwa said on Wednesday that the handshake enabled the country to achieve the majority of the Big Four agenda.

This comment comes in the aftermath of DP Ruto’s repeated attacks on the March 9, 2018, handshake pact, claiming that it destroyed the Jubilee Party’s national agenda.

“I want to tell Kenyans, as a minister who has served in President Uhuru Kenyatta’s government in his two terms…nothing is further from the truth than what William Ruto has said in the UK and the US. The handshake did not curtail the realization of the big Four agenda,’’ he said.

The Defense CS noted that prior to the handshake agreement, cabinet ministers found it impossible to enter some sections of the nation while performing their jobs due to political tensions in the country at the time.

“After March 9, 2018, we were able to tour different parts of the country as Cabinet ministers to conduct our duties in all the 47 counties and we were able to serve this nation,” Wamalwa further said.

He noted that DP Ruto may be unaware of President Kenyatta’s cabinet’s accomplishments in the country since he is focused on the 2022 election.

Wamalwa also stated that they had accomplished more under President Kenyatta’s second term than during his first, which he ascribed to the handshake.

READ ALSO  US announces sanctions against 19 Kenyans considered as terrorists or drug traffickers
Related Topics:Big 4 AgendaDP RutoHandshakeNewsWamalwa
Up Next