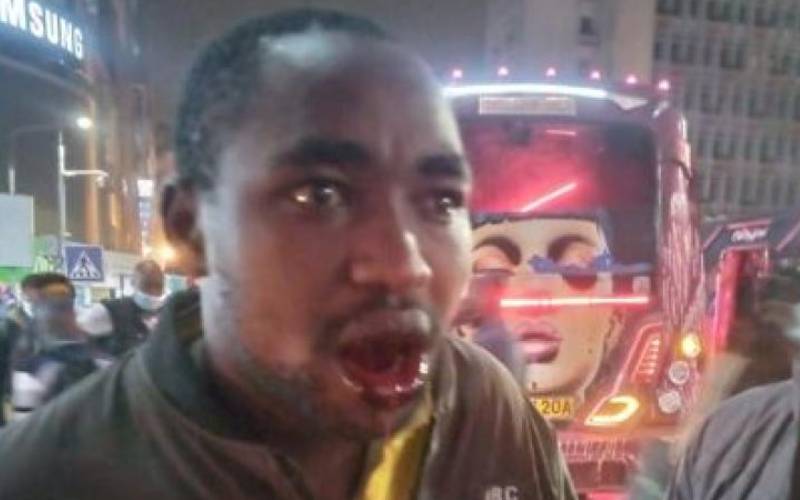 A hawker who lost teeth after he was allegedly roughed up by Nairobi City County askaris agreed to an out of court settlement.

According to court documents seen by The Standard, the country askaris Humphrey Muswangi, Hassan Chege and Dennis Macharia, accepted personal liability jointly for assault on Mr Maina and offered the monetary settlement.

“It is hereby agreed that Humphrey Muswangi, Hassan Chege and Dennis Macharia unequivocally, jointly and severally, admit and accept their personal liability over the assault on Anthony Maina on July 2 that caused him grievous harm and loss,” stated the documents.

“The parties accept to be bound by this agreement upon signing herein below and perform their obligation as herein above,” it added.

“Anthony Maina accepts the offer of the respondents herein as complete and full payment as compensation in this matter and thereby forfeit any other claim with regard to this matter,” added the documents.

Maina was on July 2 plying his trade when he was accosted by county askaris who demanded a Sh100 bribe. Unfortunately, he only had Sh20, which they reportedly declined saying it was too little.

The hawker’s family said the three askaris handcuffed Maina and hit him with a metal rode before taking off in the county vehicle.

He was rushed to Mama Lucy Hospital before the family reported the incident to Central Police Station.

The development comes after the assembly raised concern over brute force used by county askaris in enforcing city by-laws.

Nairobi South MCA Waithera Chege, last week called for action against the perpetrators saying such heinous acts should not be entertained.

“The hawker was allegedly handcuffed and brutally whipped with a metal rod by the county askaris before they exited the scene in a county registered vehicle,” she told the House.

She challenged the county leadership to take action against rogue askaris, saying the Executive and the Nairobi Metropolitan Service were working to end brutality by city inspectorate officers.