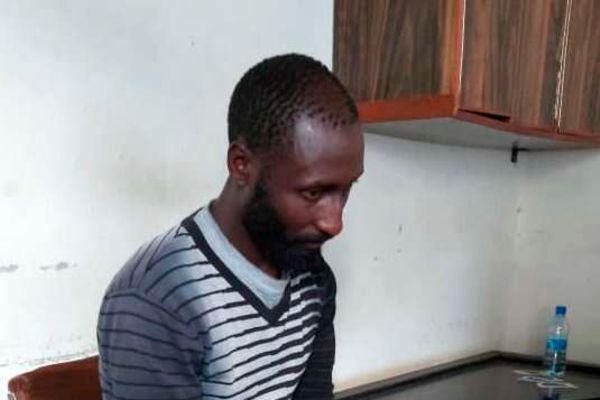 A woman who cohabited for three years with Evans Juma Wanjala, who confessed last month to killing five children after defiling them in Moi’s Bridge township in Uasin Gishu County, has thrown him under the bus.

Caroline Mwongeli, 36, relocated to her parents’ home in Kwa Kinyuti, Makueni County, after detectives netted her disgraced partner a month ago.

Ms Mwongeli was struggling to find her footing in the countryside that she had left three years earlier as an Eldoret law court allowed police to detain Wanjala longer to complete investigations into the killings and his other alleged crimes.

The extended time, detectives argued, would help them build a strong case against the suspected paedophile and murderer by consolidating cases of missing children reported in Uasin Gishu County between 2018 and earlier this year with at least three pending rape cases he is facing in Kajiado and Makueni counties.

Ms Mwongeli was unnerved when police played her CCTV footage that places Wanjala at the centre of one of the Moi’s Bridge crime scenes.

The mother of four and grandmother of one was not prepared for the berating from her neighbours and relatives that awaited her at home. 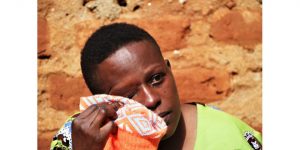 Three police officers and a local administrator had to shield Ms Mwongeli as she moved out of her Moi’s Bridge house with two of her children, bags full of clothing, assorted furniture and other household items she had jointly acquired with Wanjala as angry residents demanded retribution.

“Evans has put my life in danger, humiliated and distressed me to a breaking point. He should rot in jail,” an emotional Ms Mwongeli told the Nation on Sunday, in a marked change of heart towards a lover she had previously gone the extra mile to defend.

Ms Mwongeli had met Wanjala three years ago in Kambu, Makueni. A highly sought-after mason, he was part of a team renovating a local church while she worked at a local eatery.

“After a short while, Evans asked for my hand in marriage but I expressed reservations because I already had three children from other relationships,” she recalled, her eyes welling up with tears.

“Surprisingly, he had no issues with my family. I moved into his rented house in Kibwezi township.”

Ms Mwongeli, now heavily pregnant with Wanjala’s child, would become handy when her lover was arrested and charged with defiling a pupil in Kibwezi.

She mobilised her friends and relatives and raised Sh200,000 to secure his freedom. An uncle of hers, Wambua Muyombo, deposited his land title deed with the court and later paid the money.

But the community became hostile, forcing the lovebirds to relocate. They moved to Kinyambu, 10km away, where Ms Mwongeli landed a casual job at the Kinyambu Library.

“Evans was hardworking. He spent most of his time at construction sites. At home he was a caring and loving husband. He vehemently denied the defilement allegation and I trusted him,” she said.

“He came out as someone who could not hurt a fly. He was a reserved man who kept to himself. The only thing that got me concerned is that he did not get along with his relatives and did not explain the reason.”

Before the dust had settled, Wanjala was charged with a second sexual offence – raping a teenager on the outskirts of Kinyambu.

An irate mob accosted and beat him up at the market on a Sunday afternoon before police officers patrolling the area rescued him. The rape allegations badly strained his relationships in Kibwezi and Kinyambu but his girlfriend firmly stood by his side.

Ms Mwongeli’s mother Mutindi Kimuli told the Nation that she had tried in vain to separate her daughter from Wanjala in the wake of the sexual offences allegations.

At the library where Ms Mwongeli worked, management decided to make her pay for living with a suspected paedophile.

“We kicked Caroline out of the library when we learned that she was cohabiting with a suspected sex pest,” said Patrick Mutiso, the head of Kinyambu Library.

Before she left Kinyambu, Ms Mwongeli had borrowed Sh15,000 from Suzanne Machira, a senior librarian who has since written off the money as a bad debt.

A Makindu court set Wanjala free after Ms Mwongeli secured a Sh100,000 surety. She used Sh6,000 to convince Mzee Julius Mwanzia Kikaakaa to offer to the court ownership documents to his brand-new motorcycle.

The suspect jumped bail and switched off his phone, prompting the court to issue an arrest warrant on November 7 that year. The couple had relocated to Moi’s Bridge, leaving behind huge debts and concerted calls for justice.