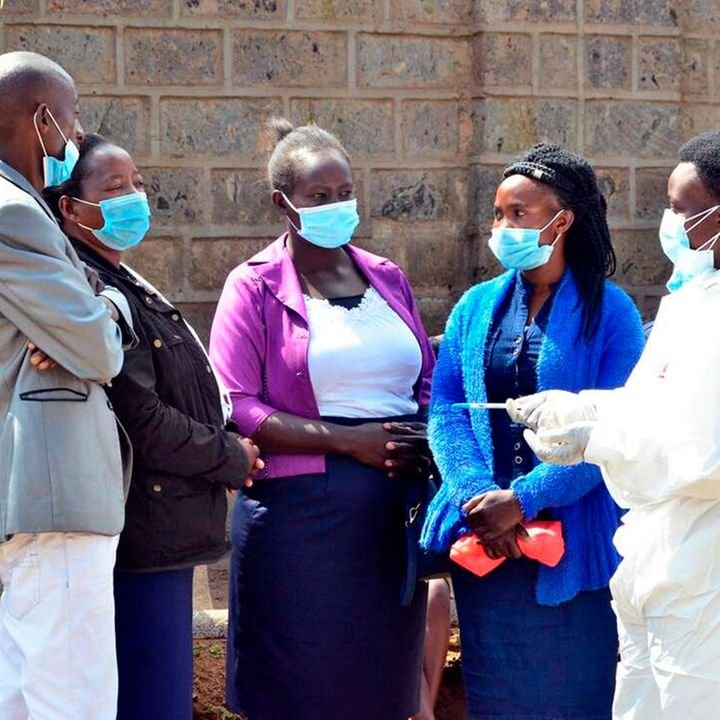 “We knew him but we never imagined that he would harm our children in any way.”

This is the phrase that was repeated by parents who turned up at the City Mortuary Thursday to view the bodies of their children ahead of post-mortems in the ongoing investigations into alleged kidnapping and killing of more than 13 children by 20-year-old Masten Wanjala.

To them, Wanjala was the usual “football coach” for their children, yet they did not know where he spent his nights.

All they saw, nearly every day, was a man who was too friendly to their children.

Daily, they said, he was donning a pair of headsets, dust coats, sports shoes and rarely interacted with adults.

Angry, confused and lost for words over the tragedy that had befallen them, the parents sat in quiet wonder on the benches opposite room where Chief Government Pathologist Johansen Oduor was leading a team of DCI homicide, forensics and Government Chemist detectives’ in doing the post-mortems.

The exercise was being performed on four bodies, two of which are yet to be unidentified owing to their decomposed state. One of them was just dry bones.

As they were called in, the parents walked silently, viewed the bodies and sat back to wait for the results and the way forward.

The body of 12-year-old Junior Mutuku Musyoka was positively identified by his parents alongside that of 13-year-old Charles Were Opindo.

The two disappeared from their homes in Kitui village in Majengo slums on June 7 and June 30 respectively while playing at a common football field in the company of the suspect. They were later found dumped in a thicket in Kabete, dead.

Mutuku’s father, Stephen Musyoki, said the suspect was known to the family as he used to frequent a common playing field used by the children to practise football.

The same was mentioned by Opindo’s father, Tony Opindo, who said they never suspected Wanjala could harm the children.

“He was frequently training children how to play football and play games using a mobile phone, a factor I think endeared him to the children of my son’s age,” he said.

The parents said the field is a common playing ground for children in from the wider Majengo slum and is thus open to all.

“Had we known better, we would have insisted that it only gets used by residents of this place. We were extremely shocked to learn of Wanjala’s actions when he got arrested,” added Opindo’s father.

As the two sets of parents now plan for the burial of their children, the parents of Brian Omondi, who disappeared from the same village on June 10 and is yet to be found, will have to wait longer to know if the body of their son is among the two unidentified remains.

His mother, Grace Adiambo, said they turned up at the mortuary to check if any of the bodies belonged to their son, only to find them in a state that could not allow for immediate identification.

“When the suspect was arrested, we took an image of our son to the detectives to see if the killer could identify him and he did,” recalled Brain’s mother.

She said detectives told her that the suspect’s first words after viewing Brian’s image were, “Aah ni Brian. Huyu nilimuua na nikatupa mwili kwa maji.” (This is Brian. I killed him and threw his body in the water).

“This is what made us believe that our son’s body could have been amongst those that have already been recovered. We, however, found the two unidentified bodies unrecognisable. Only DNA analyses can help identify them,” she said.

One of the unidentified bodies with flesh is of a male victim while the bones belong to a female victim.

“Two were strangulated, one (Were) had head injuries and the lady one skeletonised so it was impossible to establish the cause of death,” said Dr Oduor.

Omondi’s mother said her other children are now living in constant fear of being abducted just like their brother, always choosing to stay indoors, and hardly mingling with their age mates.

“He was a hilarious kid who was always in the company of his siblings. His absence has created a huge gap in the family,” she said.

Yet to be found

Another family from the same area lost their eight-year-old daughter, Halyma Hassan, in February this year and is yet to find her.

Her father, 40-year-old Hassan Suleiman, who was also at the mortuary hoping to find answers in the search for his missing daughter, told journalists that the girl went missing on February 10 at around 7.30pm under mysterious circumstances.

“I came home from work that evening and found my wife crying, saying that our last born daughter had disappeared from home. A missing person’s report was made the following day at Shauri Moyo Police Station under OB number 24/11/2/2021,” recalled Halyma’s father.

In the days, weeks and months that followed, the family extended the search to police stations in Nairobi, multiple children’s homes and made calls at Biafra mosque to have her disappearance announced but none bore fruit.

No call for ransom

“I have never received any call demanding ransom from anyone,” added Halyma’s father.

On a few occasions, however, he said his eldest son aged 13 would occasionally drop by the house in the evening from the football field in the company of Wanjala.

“One day, I even warned him of that relationship because I couldn’t understand what they two had in common with their huge age gap as they played football together in the common field,” he said.

When Wanjala was arrested, Halyma’s father showed his son what he had done to other children.

“My son’s reaction was: “Huyu anamfahamu Halyma mpaka ananifahamu.” (This one know Halyma and knows me too). This is why I strongly feel that this suspect may have had a hand in my daughter’s disappearance,” he said.