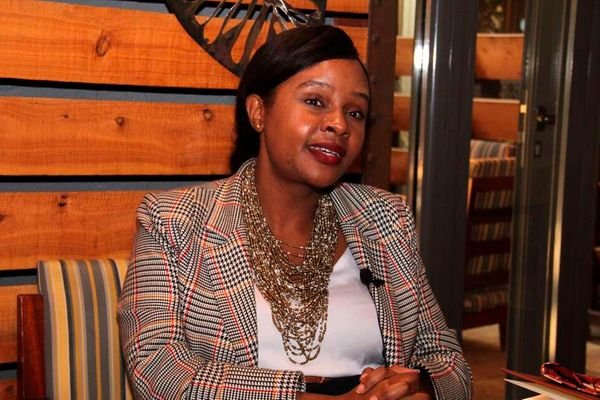 Mercy Mwangangi, the Health Chief Administrative Secretary (CAS) left Migori County residents in stitches when she said she was looking for a husband from the region.

“Baba (Raila Odinga) has assured me that I can get a husband from this region. Please help me get a husband,” she said.

This was while addressing a rally in the area on Thursday in the company of opposition leader Raila Odinga.

The crowd cheered with several men raising their hands in an apparent gesture that they will willing to take up the offer.

Mwangangi shot to public flame in 2020 when she would regularly appear live on TV to update the country on the Covid-19 situation.

Her appearance was warmly received especially by men, mainly owing to her looks, youthful appearance, and the way she would articulate issues.

The 35-year old, born Mercy Mukui Mwangagi was born in Machakos, Kenya, and attended Pangani Girls School in Nairobi and later the University of Nairobi to pursue Medicine from where she obtained her first degree in 2009.

She is the firstborn daughter of Machakos Assembly Speaker Florence Mwangangi while her father is a businessman, who owns the famous Hotel Connections at Mlolongo, on Mombasa-Nairobi highway.

Mwangangi revealed in a recent interview that she is currently in a stable relationship with a “very supportive” boyfriend.

The Story Of A Brilliant Kenyan PHD Student In USA.