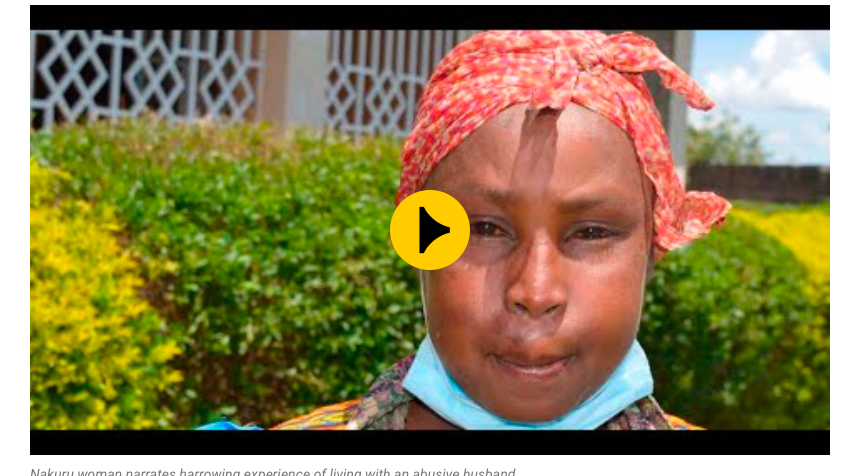 Vivian Wambui, 28, suffered such a vicious beating at the hands of her husband that she lost her fourth pregnancy. He kicked her in the abdomen when she was five months pregnant.

This is her harrowing account of how she survived the toxic marriage and gave birth to a bouncing baby girl who is now seven months old.

“I am a mother of four — two boys and two girls. I wash peoples’ clothes to earn a living. I have suffered much abuse from a man I thought would protect my children and I.

Before we got married, I asked him if he would agree to take care of me and my three children. He agreed and we started living together as husband and wife.

When I got pregnant, he was okay and treated me well the first few months. However, during the fifth month of my pregnancy, he turned wild and showed me his true colours. On April 15, last year, he came home drunk in the middle of the night, and we got into an argument over money. All hell broke loose.

He started to beat me up. I pleaded with him to spare the unborn baby but he held me down and beat me until I lost consciousness. When I regained my consciousness I was bleeding. I thought I would get a miscarriage and lose the baby.

I gathered courage and fled to safety with my three children. I went back to my parents’ home. I was taken to Nakuru Level Five Hospital for treatment as my mom feared I would lose the baby. At the hospital, the medics thought I had tried to procure an abortion.

I cried. This hurt me a lot. I thought of going back home, poisoning my children and then committing suicide. I had to show the medics scars on my body from past beatings before they could believe me.

I was treated and after I was discharged, my mother paid Sh9,000 for my treatment. I gave birth to a beautiful baby girl whom I named Cecilia. But my husband traced where I was living and one night came and broke the door. He attacked me, hit my baby’s head and strangled me as I held my baby.

The following day, I took the baby to the hospital and she was treated. He came again another night but this time my brother was around. As he came to attack me, my brother hit him with a wooden plank and he ran away.

He returned after a few days. He hit me on the right ribs and eyes. He threatened to kill me. I now fear one day he will come and kill me and I leave my children orphaned at a young age.

He is still following me and threatening my children. I don’t ask him for any support. I don’t want him near my life again.

I still suffer terrible headaches from the injuries. I received nine stitches. It pains when I scratch my head or comb my hair. It’s a daily reminder of the abuse.”

Related Topics:NewsVivian Wambui
Up Next