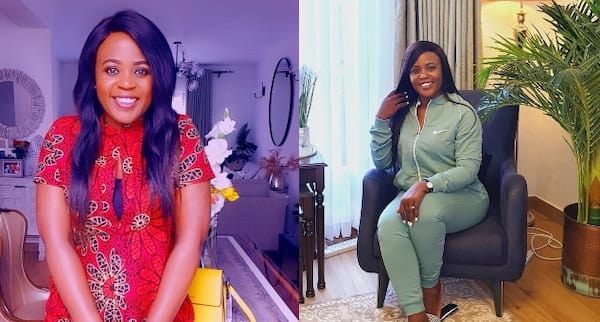 Flamboyant fashion designer Hellen Tolbert has come out to inspire many young women with her story of resilience, hard work and above all, God’s grace.

Just like many people, Hellen’s beginning was not a walk in the park as she was forced to do all manner of odd jobs just to make ends meet.

Speaking in an exclusive interview with Lynn Ngugi on her show Inspire Global, Hellen revealed that her journey in the formal sector started when she landed a job with Java, where she worked as a steward.

While working at Java House, Hellen used to clean the dishes, scrub the toilets and do other cleaning duties.

From Java House, she moved to Posta Kenya where her work burden was minimised.

Well, it was an easy job for her but she kept at it, worked hard before finally quitting the job to venture into business.

Today, Hellen is the founder and owner of Ellen Design, one of Kenya’s top fashion houses.

The business lady, during the interview, noted she is currently happy and living her best life but even her business had some rough phases that really took a toll on her.

”I would go to Gikomba during my lunch breaks while working at Posta Kenya. Get clothes, come back and remake them into different designs. Life started changing from there because my income improved,” Hellen disclosed.

It was while at Posta Kenya when she took a loan, bought a car that she intended to operate as car hire.

However, the car hire business did not do well and her world came down crashing when she was informed her car had been involved in an accident.

That was the beginning of her problems because she also left her job in a move that saw her pay her employer for leaving without notice.

She left the company with only KSh 20k which she used to set up a kiosk and her next move was buying a sewing machine.

That marked the start of his journey towards success.

Today, she has a couple of shops, several employees and a long list of top clientele.

Emmy Kosgei: Why I didn’t want to become a pastor’s wife