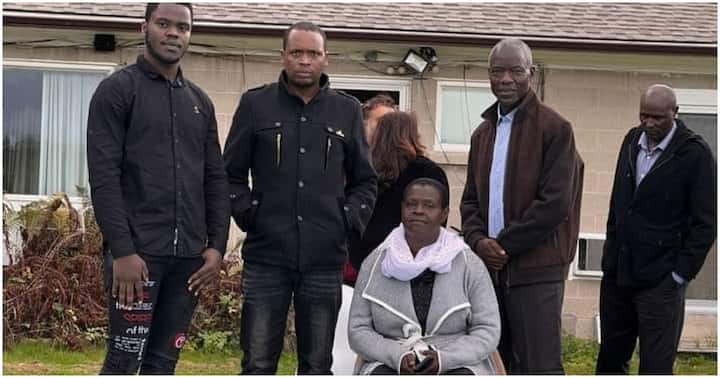 The parents of the 24-year-old Kenyan lady who drowned in a swimming pool in Canada last month have travelled to the North American country for her body.

Hellen Wendy, a nurse in Canada, drowned while recording her swimming session on a live Facebook stream, which showed her fighting for her life as she went under.

The grieving parents could be seen by the pool where their young daughter died sobbing in a video that was circulated.

The parents just journeyed to Canada for their daughter’s remains, and they will presumably return with them to be buried.

Earlier the father of the Canadian nurse from Kenyan described the horrifying moment he learned of his daughter’s passing.

As he described how he watched his daughter move from being an enthusiastic young woman enjoying her time in the pool to the moment she started drowning, the father of five could not contain his sorrow.

“I saw a clip on the phone and I opened it. I saw it was my daughter swimming excitedly. I did not see anything unusual. She was just swimming, talking to the camera, and she looked very happy. However, I saw people writing sorrowful comments, and I did not understand why they were saying bad news, yet she was just swimming,” he added.

He said that he did not initially notice Hellen drowning on the video and that he could not come to terms with reality until a Canadian called to tell him that Hellen had passed away.

John Nyabuto, Wendy’s father, adds that after learning of his daughter’s passing, he was unable to stop crying because he had not only lost his firstborn daughter but also his ray of hope.

READ ALSO  Take A Ride With Me Around Tampa Suburbs part 2
Related Topics:CanadaDiaspora newsHellen WendyNews
Up Next