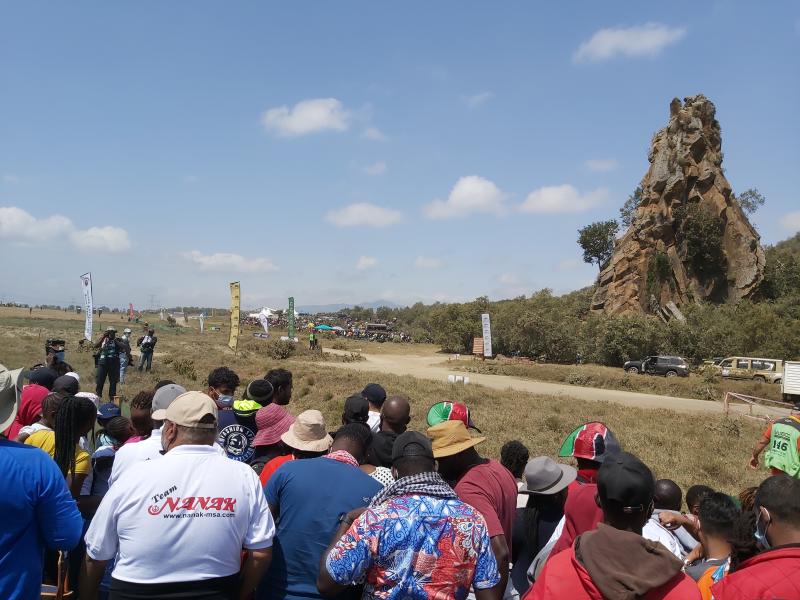 According to the experts, caution was thrown to the wind, with hundreds of visitors in the park defecating in the open and littering the spectators’ stages.

This could have adverse effects on the hundreds of animals and birds as well as the ecosystem of the park.

According to Francis Muthui, chairman of Friends of Lake Naivasha, even though the event lifted the country’s image globally, it robbed the park of its beauty and privacy.

He pointed to poor sanitation in the park as one of the major challenges during the global event.

“There were very few mobile toilets to serve the hundreds of people,” said Muthui.

He added that tonnes of litter had been left in various corners of the park, raising fears of their effects on wildlife. “The rally organisers and KWS did their part in outsourcing staff to collect garbage but they were overwhelmed and could not cover the whole park,” he said.

Lake Naivasha Riparian Association Secretary Silas Wanjala pointed to noise pollution as a major threat to vultures in the park.

Wanjala, who is also a bird expert, said acres of wildlife pastures had been destroyed during the event as revellers drove off-road and the organisers dug up new roads in the park.

“The noise pollution mainly around Fischers Tower could lead to miscarriage among the mammals,” he said.

Wanjala said they had raised their fears with the organisers before the rally but their concerns were disregarded, adding that the repercussions would be felt in months to come.

“Some of these vultures are facing extinction and the noise pollution could force them to relocate to other areas, meaning a loss to bird lovers who come to this park,” he said.

But Kenya Wildlife Service (KWS) officials and the rally organisers said all safety measures had been met despite the number of visitors overwhelming the staff.

A senior KWS officer who declined to be named said they had put in place all the necessary measures during and after the event.

“We had ample toilets and dust bins around the park, the music was controlled and we managed to collect 99 per cent of the litter,” he said.

Earlier, Sports Cabinet Secretary Amina Mohamed defended the decision to host the rally in the park, saying an environmental impact assessment had been conducted along the rally routes.