Help me find my missing twins 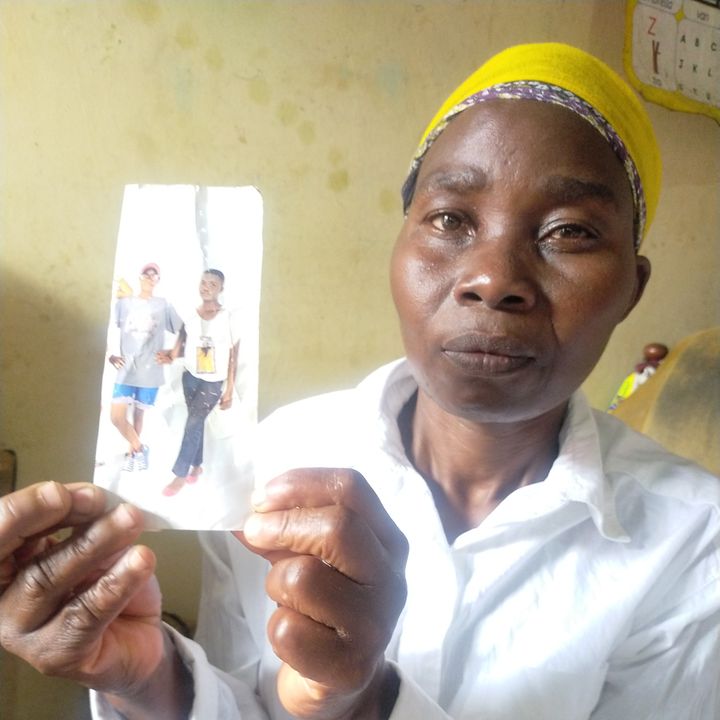 At around 8.30am on a warm November 11 last year, 14-year-old Nancy Nyambura and her twin sister Sarah Kayesi left their home in Kitengela, Kajiado County, for a church service, only to vanish without a trace.

It has been an agonising eight months for the family of Esther Wambui, 45, who remains optimistic her daughters are alive.

Nyambura and Kayesi were full of life and both attended Kitengela Utumishi public primary school, Nyambura in Standard Eight and her sister in Standard Six.

A frantic search in hospitals, police stations and morgues has been futile. The family say they are awaiting a call informing them about the twins’ whereabouts.

On that fateful Saturday morning, the twins woke up their mother by 7am. They ate breakfast before she escorted them a few metres to a nearby church for a service but they never returned home.

When the Nation visited Ms Wambui on Tuesday in her Kitengela single-room rental house, she was forlorn and in deep thoughts about the past, when she used to share the room with her seven children, including the missing twins. She is also blessed with another set of twin girls aged 11 years.

The room was full of mementos of the missing girls. Their clean school uniforms still hung on the clothes line. Dozens of school books occupied a coffee table in one corner and their personal belongings were stashed in two bags.

The widowed mother remembered the last moments she had with her daughters, saying the events of that day unfolded quickly, full of telltale signs that she probably ignored.

READ ALSO  How did my wife die? Cries man about death hidden for two weeks

“That Saturday, they woke me up to prepare breakfast for them. After serving them, they requested that I pray for them. I escorted them to within a few metres of the Seventh-day Adventist Church. Shortly after we parted Kayesi turned back and waved at me. That is the last time I saw them. I suffer sleepless nights,” Ms Wambui said, tears rolling down her cheeks.

She described her missing daughters as obedient jovial girls who liked each other’s company, maintaining she did not have any known enemy who could have targeted them.

“I’m a poor single mother who does menial jobs to provide for my kids. My husband died in 2011. I assumed the full responsibility. I have no known enemy who could have targeted my daughters,” she said.

She is now reaching out to Kitengela police station detectives to expedite their investigations, saying that after making a formal report at the police station she has not received any response.

In another bizarre incident a fortnight ago, a neighbour with an unknown woman knocked on the family’s door around midnight enquiring about the other set of twins.

The incident almost ended in a scuffle.

“When I heard my neighbour enquiring about the other set of my twins in the middle of night, I felt as if she was pulling the floor away from my feet. A cold shiver run down my spine and I feared losing another set of my daughters,” Ms Wambui said bitterly, adding that she no longer let her children out after dusk.

The incident left the distraught mother with several questions. Was the disappearance of the first set of twins premeditated? Is the other set a target and who could be the mastermind and why?

Ms Wambui, who is exhausted by the search for her daughters, is reaching out to the public to help her find them, saying despite her humble lifestyle she deserves to raise her kids.

“It is painful for any mother to lose her children after years of toiling to raise them. When they left, they took our family’s happiness with them. I’m pleading with Kenyans to help me find my daughters.”

Newly posted Isinya sub-county police Commander Joseph Muchiri said he was not aware of the incident but promised to check with Kitengela Police Station for further action.

The populous town of Kitengela has been in the news in recent months because of child abduction cases, with some going unsolved.

The Nation has established that detectives are investigating a trafficking syndicate targeting girls. The group is said to be organising kidnappings in surrounding towns, including Mlolongo, before they are smuggled out of the country.

“The syndicate keep changing their operation locations to evade police. It’s a highly secretive syndicate that has gained tentacles from Nairobi. We are following up close leads,” said a detective privy to the investigations.