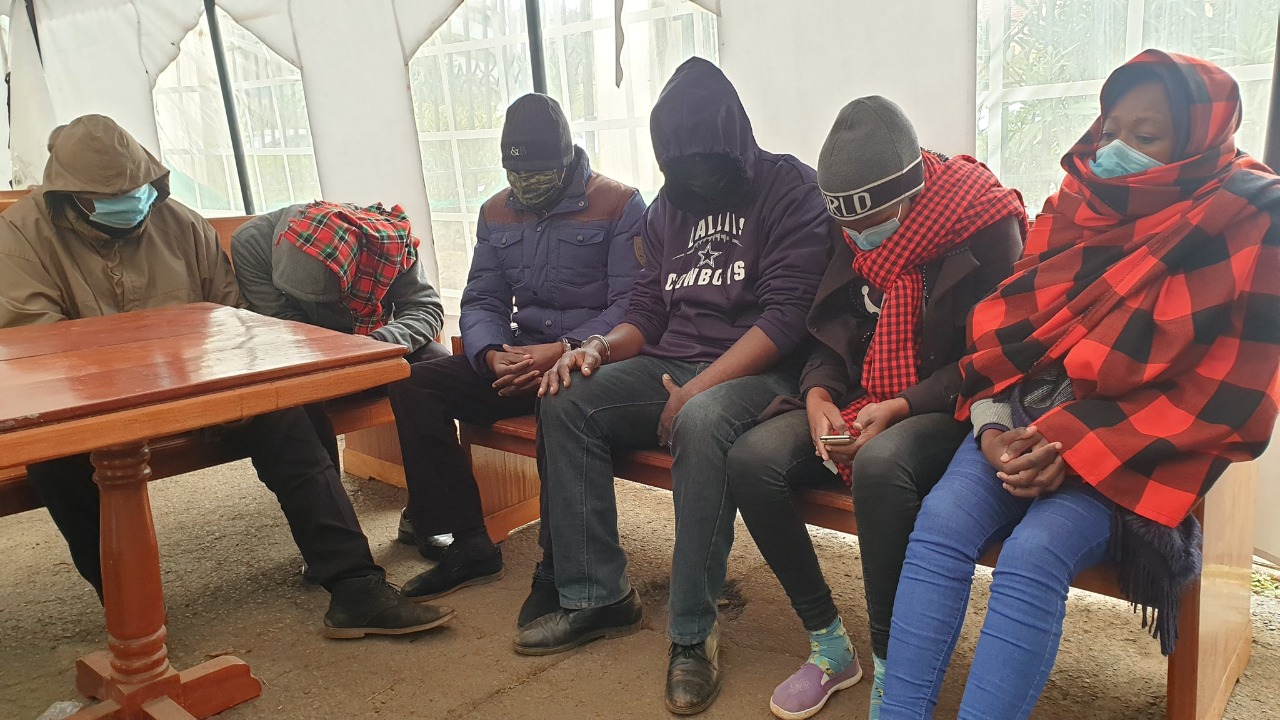 Six police officers under investigation for the murder of two Embu brothers were arraigned Tuesday, but they were not required to plead to any charges.

The prosecution, through Jacinta Nyamosi, said they required at least 14 days to complete investigations before they can face murder charges.

The request was granted by Senior Principal Magistrate Daniel Dungi when the suspects were arraigned at the Milimani Law Courts.

They will all be held at the Capital Hill Police Station until August 31, when they will be presented in court to confirm whether investigations have been completed.

They are accused of killing two brothers Emmanuel Mutura and Benson Njiru whose bodies were found in the mortuary on August 3, following their arrest on August 1.

On Monday, the Independent Policing Oversight Authority (IPOA) recommended murder charges against the six police officers over the deaths of the two Embu brothers who died after arrest for allegedly violating COVID-19 night curfew.

The agency’s Chairperson Anne Makori said an investigation had revealed that the six officers were involved in the murder of Benson Njiru and Emmanuel Mutura.

“The outcome of this investigation has established a prima facie case against six police officers for the offence of murder,” she said, after sending the file to the Director of Public Prosecutions Noordin Haji for further action.

The two brothers were laid to rest on Friday in an emotional ceremony where leaders led by National Assembly Speaker Justin Muturi called for the prosecution of those involved.

READ ALSO  How Ruto is disseminating news with website under construction

Their family said they went missing after they were reportedly picked up by police at the Kianjokoma Shopping Centre in Embu on August 1, 2021 but their bodies were found at Embu Level 5 Hospital Mortuary on August 3, 2021.

Some of the witnesses who spoke to investigators said the boys were not booked at the police station and were instead driven away and were not seen until the following day when their bodies were found dumped in a mortuary.

Njiru who was aged 22 was a final year student at Don Bosco Technical Institute, Nairobi while his brother Mutura aged 19 was a second-year law student at Kabarak University.

According to a post-mortem report carried out at Embu Level Five Hospital mortuary, the two brothers died of multiple head and rib injuries inflicted by a blunt object.

IPOA which has been conducting investigations over the deaths of the two brothers that sparked outrage countrywide and in the county where protesters burnt a police car in Kianjokoma area.

Inspector General of Police Hillary Mutyambai said Monday he had suspended the officers  to pave way for the investigation and subsequent arraignment in court.

Prof Joseph Karanja Kimani passes away in the US