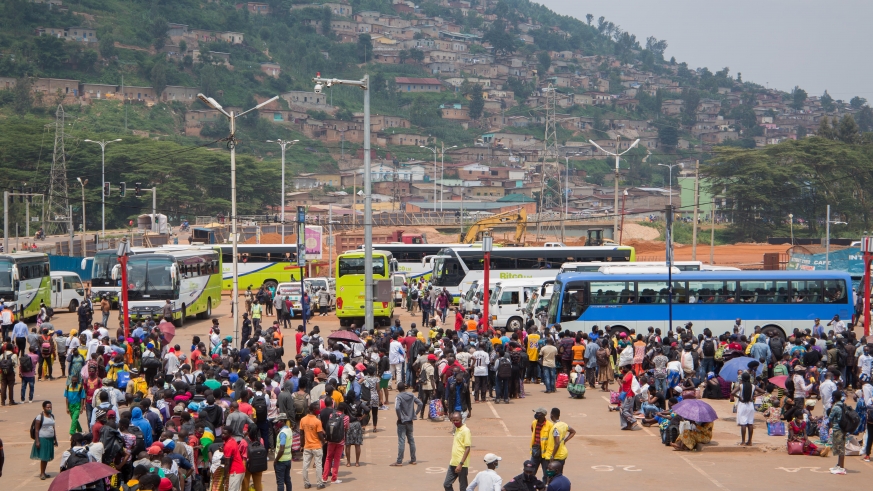 The 15-day lockdown announced on Monday evening seemed to have caught most city residents unprepared given the activities across the city on Tuesday morning.

Across the city, a large section of residents was up and about making last-minute arrangements for the lockdown.

With public transport and motorcycles halted, most city residents walked about errands while a few drove.

On Monday evening during a televised interview, Minister of Local Government, Shyaka Anastase, the public had been given a full day to ensure that they observe the new guidelines from their respective homes.

This, Shyaka noted, follows concerns from the public that people were previously not given time to prepare for the new measures.

“People with special cases have been given a full day to ensure that the new measures find them in their homes. There is no room for previous excuses that people were not given time in advance,” Shyaka said.

Those interviewed by The New Times said that their reasons for being up and about included stocking up on food supplies, getting back home while others were making arrangements to work from home.

Annette Uwizeye, a resident of Kanombe in Kicukiro District told The New Times that her reasons for being out and about were to get her computer and documents that she would need to work from home over the next two weeks.

Patricia Ingabire, another Kigali resident running errands in Kisementi told The New Times that she was using up the day to buy and deliver food and other suppliers for her parents for the two-week period.

Others told The New Times that they were headed to their respective workplaces to ‘lock up’ adequately highlighting the importance of unplugged installed electronics, switching off unnecessary lights among others.

The morning also came in handy for those who intended to run errands such as processing payment for their employees as well as get their finances right to get through the period.

No visa to US for Tanzanian officials over vote – Trump