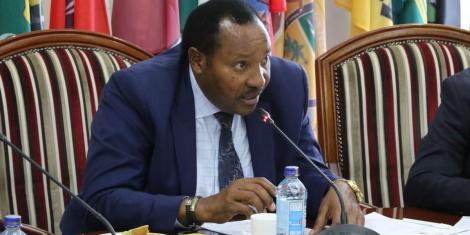 The High Court has upheld the mpeachment of former Kiambu governor Ferdinand Waititu.

Waititu’s appeal disputing his removal and the inauguration of current Governor James Nyoro was rejected by a three-judge panel consisting of Justices George Nduru, Grace Nzioka, and Wilfreda Onkwany.

The courts found that the Kiambu County Assembly and Senate removed Waititu from power in accordance with the law, and that the plaintiff was given a fair trial.

“The impeachment of Waititu fully complied with the constitution and statutory requirements. We, therefore, find that the petitions lack merit and are hereby dismissed,” the judge decided unanimously.

The court also determined that Nyoro’s swearing-in as the new governor of Kiambu following Waititu’s ouster was legal.

Waititu also failed to prove that there was no quorum in the county legislature on the day he was ousted, according to the justices.

“We have considered the arguments on the issue of quorum and find that there is no dispute that the requisite quorum to pass a valid resolution on a special motion by the assembly is two-thirds of its membership. The bone of contention is whether the 62 number threshold was met. We find that the burden of proving that the number threshold was not met rested on the petitioners going by the adage “he who alleges must prove,” the judges added.

In January 2020, Waititu was impeached on charges of egregious misconduct, misuse of office, and graft.

READ ALSO  My Career Talk To Fourth Years At My Former High School
Related Topics:High courtImpeachmentKiambu CountyNewsNyoroWaititu
Up Next

Motorists test section of Nairobi Expressway ahead of launch