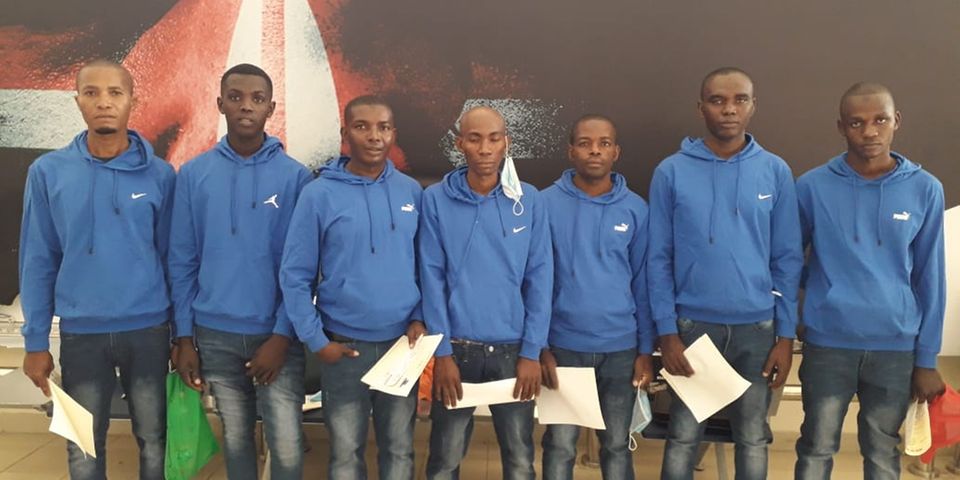 Seven Comorans who were rescued in Indian Ocean after 22 days at sea, in a horrific journey that saw them throw overboard eight of their dead relatives to remain afloat,  are back in the Comoro Islands.

The seven left for Maroni, Comoros Island via Jomo Kenyatta International Airport (JKIA) on Friday, after spending over two weeks at Malindi Sub-County hospital, where they were admitted since August 10, following their rescue from the Indian Ocean.

Assistant Honorary Consul of Comoros Farahane Mohamed told nation.africa that the group left at 10.30am at JKIA and arrived at Maroni at 12.30pm, where they were received by their relatives.

“I went to Malindi to pick them, and we travelled by road to Nairobi on Wednesday. We had expected them to leave the country by Thursday but the delay in receiving Covid-19 results forced us to wait until Friday, when we got them eventually cleared at the airport,” said Mr Mohammed.

He added, “We would like to thank Malindi Hospital and all those who supported my citizens from the day they were rescued, the support and donations they received at the hospital and those who gave them counselling.”

Mr Mohamed said the families received them with joy, even though they lost some of their kin in the tragedy.

READ ALSO  Kenyan man in US dies of hypothermia

“At the airport, it was a ceremony of its kind despite losing the eight people in the tragedy. We can confirm the seven are at home safe,” he said.

One of the survivors, Mahmound Hassan told nation.africa that the initial group of 15, all family members had set sail from one island to the other before strong waves pushed them off course.

In the three weeks horror, they lost seven of their group, including a pregnant woman, her husband and two children.

Their vessel is said to have drifted for more than 1,500 kilometres to Kenyan shores, pushed by strong waves. Only eight survived, after Kenyan fishermen in Watamu, Kilifi County, stumbled on them, with all of them unconscious.

Nassiru Tawidu, one of the survivors, described their survival in the sea, eating nothing but drinking sea salty water for 22 days.

“My being live was by God’s grace,” he said as tears welled his yeses.

The 28-year-old Tawidu, who was among the eight admitted at the hospital said the journey was horrific, seeing people dying due to starvation knowing “you’re next to die.”

The survivor said the trouble started when their vessel broke down few hours into the journey, and the boat’s engine sunk in the ocean, leaving them helpless.

“Our horror began when the boat which we were sailing from Nzuani Island to Mayotte Island broke down and the propeller sank in the Ocean. Due to strong wind, we could not control the boat and it was carried away by waves,” said Mr Tawidu.

He added, “We had planned for the journey to last for only two days. That is why we did not stock adequate food. We had to share the little we had, prioritizing two children and a pregnant woman who were in the boat.”

The survivor said the little food depleted on the second day, leaving them for helpless and at the jaws of death.

“When food and water got depleted, we stayed alive by taking sea water until the eighth day when we managed to eat raw fish. That is all we had until we were rescued,” he said.

He added, “On the fourth day, the pregnant woman was overwhelmed by the situation, and we reported our first death,” said Mr Tawidu.

He said the death of the woman, who was accompanied with her husband and two children brought trauma to the sailors.

After the death of the couple, the two children later died bring number to four.

Whenever one dies, the remaining had to throw them to the ocean as the only way to dispose them and make the boat lighter for the survivors to see next day and that happened until the seventh died.