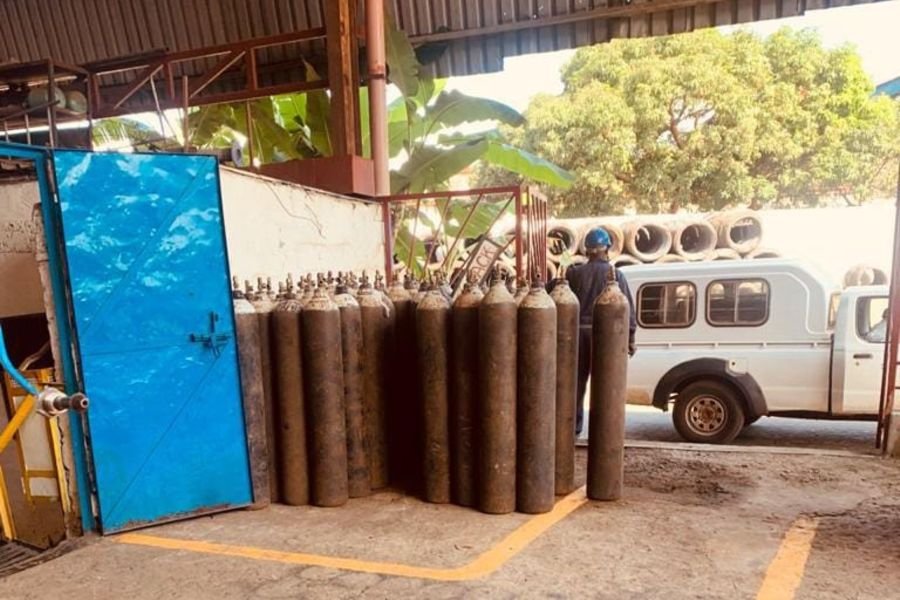 Private and public hospitals countrywide have started collecting oxygen from steel manufacturer Devki after the company announced it would give it for free.

The company started giving free oxygen hours after Health Cabinet Secretary Mutahi Kagwe announced Monday that hospitals are grappling with a shortage of the crucial supply.

“We reaffirm our commitment to stand with Kenyans during these trying times,” Devki Group Chairman Narendra Raval said in a statement on Monday.

A hospital at a children’s home in Roysambu, Nairobi has also received six cylinders.

Mr Musyoka said MP Shah Hospital collected 50 cylinders on Monday and more hospitals have made requests for the lifesaving commodity.

He said hospitals in need of oxygen are only required to put a request through a letter and bring cylinders for exchange.

“More hospitals in Murang’a, Bomet and Kerugoya have put in requests and we are ready to dispatch. There is no limit to how much we are going to give,” Mr Musyoka said.

Oxygen is available for collection in Mombasa, Ruiru and Athi River Devki Steel Mills’ factories for free in exchange for empty cylinders.

On Monday, Mr Kagwe lamented that some people and institutions are holding 20,000 oxygen cylinders which are desperately needed in public hospitals to save lives.

READ ALSO  Sabina: I have not joined UDA
Related Topics:Erastus MusyokaNews
Up Next