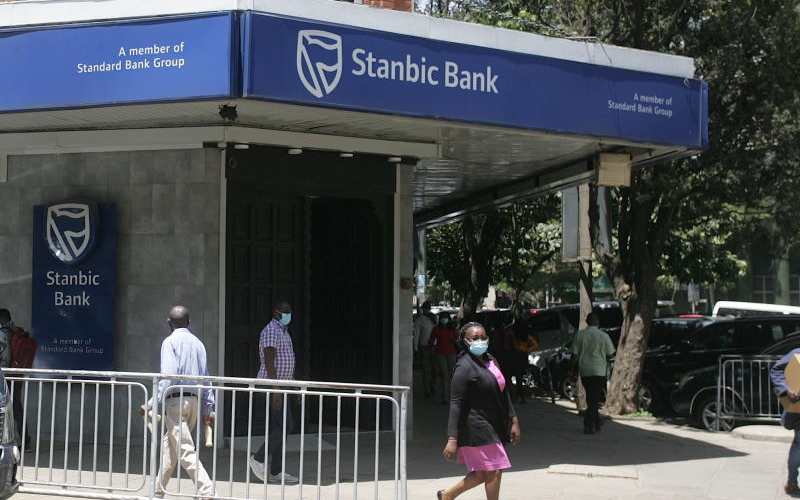 A customer walks into a bank in Nairobi to deposit Sh650,000. A teller mistakenly banks it as Sh6.5 million before fainting. The money is later withdrawn in Mombasa.

The events sum up the bizarre proceedings that led to the sacking of a Stanbic Bank teller who was last week awarded Sh870,738 for unfair dismissal.

But there is no word about the teller who fainted to set in motion the events that cost the bank Sh5.71 million seven years ago.

The High Court ruled that Stanbic was on the wrong to sack Jenipher Mwende Kiwanza following an accounting error and delayed rectification that left her in the dark.

“What emerges, in this case, is a classic case of institutional failure for which the claimant (Kiwanza) was blamed, simply because she was at the tail-end of a well-choreographed fraud, which may have been abetted from within and which caught the managers at Waiyaki Way branch flat-footed,” ruled the court.

Ms Kiwanza was on January 15, 2013, employed as a teller in the personal and business banking department at Stanbic’s Digo Road Branch in Mombasa.

However, she was dismissed on June 30, 2014, after what Stanbic described as “failure to exercise caution by failing to check a customer’s account history and following anti-money laundering guidelines.”

The court heard that the events leading to her dismissal started on May 7, 2014, when a customer deposited Sh650,000 at the bank’s Waiyaki Way branch.

Nelly Njeru, a teller at the branch, credited Sh6.5 million instead of Sh650,000, starting off the series of events that cost the bank.

“In a bizarre twist, Nelly Njeru started convulsing and had to be rushed to hospital,” the court heard.

On the same day, one Steven Chorio Kiai walked into Digo Road branch in Mombasa and asked to withdraw Sh1 million over the counter. The transaction was completed by Kiwanza.

The following day, the same customer returned to the same branch seeking to withdraw Sh6.16 million.

The customer instructed the bank to convert the money into dollars, then an equivalent of $70,000. His request was granted. He also presented a Sh95,000 cheque to deposit in a newly opened savings account.

The bank dismissed Kiwanza arguing that she did not practice due care.

But she responded with a lawsuit. She told the court that she had relied on the core banking system, which showed the account indeed had Sh6.5 million.

Stanbic senior human capital business partner, Sylvester Odhiambo testified that the core banking system is regarded as very safe and “tellers are not supposed to doubt it.”

So while Kiwanza was right not to doubt the core banking system, Stanbic was wrong to delay in rectifying an error that had been committed in Nairobi.

Stanbic’s financial crime control manager, Joel Kiarie, told the court that the mis-posting at Waiyaki Way branch was discovered at around 12pm but the correction was not effected until 5.03pm.

By that time, the funds had already been withdrawn. It is not clear if the bank took any follow-up checks on the staff who collapsed in Nairobi, triggering the loss.

Mr Kiarie had told the court that the team leader at Waiyaki Way branch had a duty to ensure everything was handled well after the teller fell sick.

“Clearly, this did not happen and the entire bank and its branch network were exposed,” said the court.

Ms Kiwanza told the court that the transactions were approved by the team leader in charge of customer service after a rigorous verification exercise.

As it turned out, the transactions were made in an account that did not have the funds to cover them. This is what cost the teller her job.

Stanbic failed to produce evidence that the transaction should have been authorised by the branch manager or assistant branch manager.

“I have held elsewhere that bankers must be held to a high standard of care because of their nature of business,” said Justice Linnet Ndolo.

“I must, however, put a caveat that bankers are mere human beings and not angels. The test must always be whether they have acted reasonably in their line of duty.”

TRAGIC: Man, his wife and their two adult daughters die in road accident