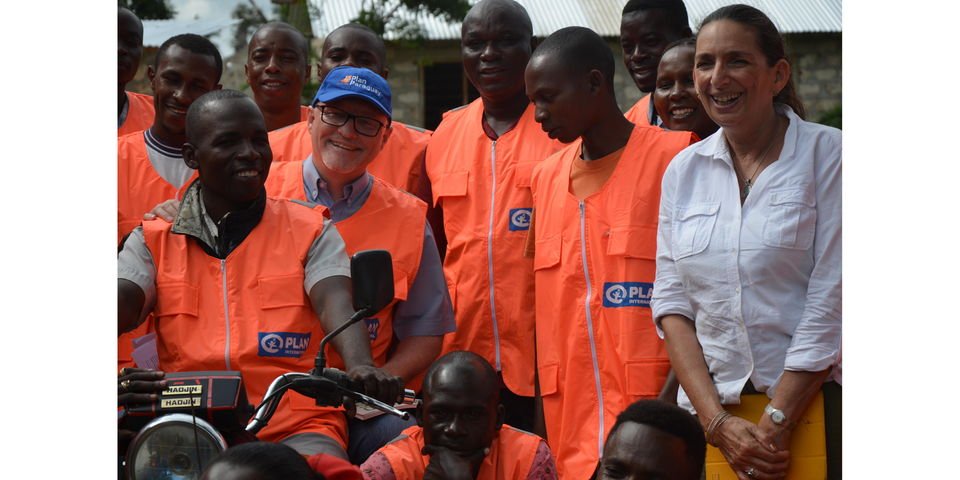 Kilifi County is home to tens of thousands of boda boda operators, dotting every corner of villages and towns because they provide affordable and quick transport.

But they face embarrassment, disgrace and mockery, labelled as perpetrators of sexual gender-based violence.

They are also blamed for pregnancies and early marriages among schoolgirls.

But less discussed is their critical role as “second parents” to vulnerable girls.

Twenty-one-year-old Baraka Amani (not his name) sits on a broken chair in the back of his mother’s house in Misufini village, Kibarani, Kilifi North sub-county. He reveals that he had been providing basic needs to a girl for over one year when he was accused of defilement.

Their friendship started in 2014 after the deaths of their fathers.

“We used to play together, and the bond was so strong that she started telling me her mother was struggling to raise them due to a lack of money,” he says.

Mr Amani, though he was a pupil, started doing menial jobs to earn money and help her mother with buying food.

He also gave some of his earnings to his girlfriend to buy exercise books, pens and sanitary towels. He also paid her money to pay for her school examinations.

“She could tell me that she did not like the vegetables her mother had prepared for them, and I would give her money to buy alternative food of her choice,” he says.

The friendship grew into a sexual affair and she became pregnant.

He says the girl decided to get married to him because she had become pregnant.

Mr Amani’s good deeds did not matter after his girlfriend’s mother discovered her daughter had conceived.

He was thrown into police cells, wandered the corridors of Kilifi courts and dropped out of Godoma Secondary School in Form

Two, damaging the future of a bright boy who had scored 302 marks in his KCPE examinations in 2015.

“My girlfriend’s mother did not raise any issues for all that period I was supporting her, but I became an enemy immediately after she became pregnant,” he says.

He quit going to school to attend his court sessions for over four years with all the challenges, including his inability to pay for his transport to court.

His mother was poor, and a close maternal relative who was paying for his education later withdrew his support.

“Sometimes I was forced to trek from school to home ahead of my court session to avoid being issued with a warrant of arrest,” he says.

He is serving three years on probation, which will end in 2022. His girlfriend gave birth to a baby girl.

Mr Amani calls upon the community not to be quick to accuse boda bodas of sexually abusing schoolgirls.

“The society should look at both sides of the coin. We do not support vulnerable girls in exchange for sex, but the intimacy comes in the process of the friendship,” he adds.

He attributes the woes facing the boda bodas to a lack of responsibility among many parents.

“The girls’ parents do not provide their daughters with some of the little things they need, and that is why they open up to boda bodas seeking support,” he says.

Vincent Mwaura says he has not heard of a case where parents had been charged in court for negligence.

“Boda-boda operators are always the weakest point. We have never had cases where a parent has been arrested and charged in court for failing to perform his parental roles,” he says.

He wants child-protection agencies and law enforcers to hold parents accountable for their faults.

Mr Mwaura says there are cases where boda bodas are supporting poor girls, but their parents are yet to speak because their daughters are still safe in school.

“The girl becomes the responsibility of the boda boda and she is included in his budget at the end of the day, because he is her sole provider,” he says

“Many parents are evading their role in bringing up their children,” he says.

Another boda boda, Alio Guyo, from Kiwandani/Prison, wants all matters concerning them to be thoroughly investigated like any other cases.

“The majority of boda boda are victims of circumstances and we risk being jailed or even killed,” he says.

The issue of boda bodas and schoolgirls is being discussed as the national government and its partners are reviewing the Children Act and the Sexual Offences Act with a view to strengthening them.

“We want to strengthen the laws so perpetrators can get tougher punishment that will also be a lesson to the community,” he says.