How brokers are fleecing Kenyans seeking treatment in India 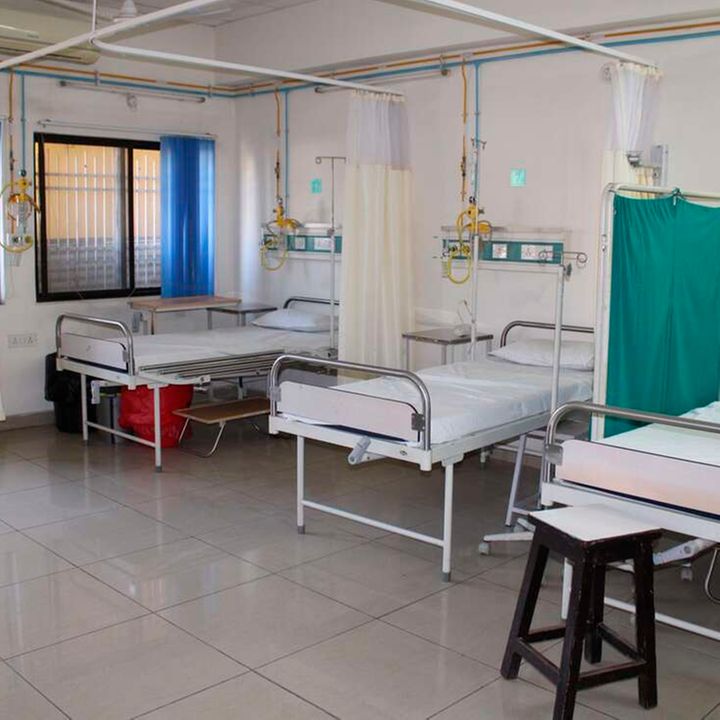 As more Kenyans flock to India for medical services, a well-established network of brokers is making a killing by linking families of patients to hospitals in the Asian country.

Ms Rosalinda Kisero, a Kenyan woman who is currently in India with her daughter, shares with the Nation her experience of how the brokers milk unsuspecting medical tourists to the last coin.

My daughter has been living with sickle cell disease. She was diagnosed with the disease at the age of two at Kenyatta National Hospital (KNH).

Earlier this year, she was further diagnosed with a degenerative hip bone. Because of the many complications, I decided to sell some shares in my company to raise funds for her treatment.

This year I reached out to a friend who linked me to a woman who works as a broker for a hospital in India.

I did a virtual conference with the woman and the hospital’s director of haematology, pediatric haematology, oncology and bone marrow transplant as well as the referring doctor, who is based in Nairobi.

During the meeting, it was agreed we should travel to India for hip replacement surgery and bone marrow transplant. I was hopeful as the specialist is one of the finest stem cell transplant experts and has an impressive track record.

During the meeting, I was also advised to conduct a test on a donor, preferably my son, to ascertain the compatibility ratio. I did that and fortunately, my son was a 7/10 match, which qualified our case for a haplotransplant.

A haploidentical transplant, or simply haplo, is a half-matched stem cell transplant from a family member.
Haplo donors can be parents, children or siblings.

The hospital sent us a quote of Sh3,320,400 as the cost of the transplant and Sh1,106,800 for management of any complications after the transplant.

They further estimated that in case of any major complications, it would cost us Sh1,660,200, which we had to part with upfront, while the cost of hip replacement was estimated at Sh664,080, after which I had to pay a medical evaluation fee of Sh166,020 upfront, bringing the total amount to be paid upfront to Sh5,257,300.

I paid Sh4,427,200 via Flutterwave, an online payment system, through my associate company account, Agriprocity Holdings.

I also needed to transfer some funds for my upkeep while in India, so I asked my Dutch partners to transfer Sh2,554,572 to my dollar account. They, however, made a mistake and transferred the money to the hospital account.

I immediately informed the agent about the transaction and she assured me that it would be refunded upon my daughter’s discharge. Since I needed to use it after the transplant, I said it was all right.

This means the total amount transferred to the hospital was Sh6,640,800.

Even though my daughter had  been scheduled to start  treatment evaluations on June  21, with  doctors as usual recommending  tests, including a repeat of the donor-recipient tests,  I could sense  the broker was up to something fishy.

The hospital asked me to pay in cash for the tests, something for which the agent had not prepared me. I sought to know why and the agent told me that the Sh1,106,800 I had paid  could only be accessed if my daughter was already an inpatient.

She asked me to pay the money, with an assurance that it would be refunded upon my daughter’s discharge. So I paid Sh280,000 for the medical evaluations once again.

The results came back ok, save for the fact that my daughter now had an iron overload due to frequent blood transfusions she had received back in Kenya.

She was put on oral iron chelation drugs, which I purchased outside the hospital with the help of the agent, alongside other drugs that cost around Sh66,500 as per the agent and for which I too paid in cash.

On July 2, we were admitted for the first procedure, which involves harvesting stem cells from the donor and the recipient.

Both my son and daughter were hospitalised.

The boy stayed in hospital for four days but my girl was admitted  for six  days because, according to the doctors, she experienced a painful episode of sickle cell anaemia, which they had to deal with by doing a red cell exchange.

After the stem cells harvest, I was immediately slapped with another bill of Sh996,120, which had also not been mentioned earlier.

The hospital’s finance department explained that it was just an “estimation” of the expenses my daughter had incurred.

It did not bother me because no one asked me to sign the bill.

On being discharged, we were asked to proceed to the second phase of transplant, which involves immune suppression by chemotherapy.

The chemotherapy injection was given on outpatient basis and the plan was for us to get admitted for two hours in order to take enough chemotherapy drugs for two cycles.

The agent had come up with this plan after I refused to pay for it as it was not what we had agreed.
We completed the chemotherapy without any challenges and then started preparing for the  actual transplant on August 23. On September 3, the procedure of getting my son’s stem cells was successful.

This was a bedside procedure where no theatre or sedation were involved; just transfusion under the guidance of the doctors.

From September 4 to 14, observation and treatment, which included transfusion with packed cells and platelets, went on well, as did management of the effects of chemotherapy and radiotherapy, which were done during the first days of admission – before the transfusion of stem cells.

Throughout the post-transplant period, my daughter only had mucositis (sores) on her gum and some areas around her tongue, which were managed successfully.

On the 11th day her white blood cell count started going up, which according to experts was an indication that the transplant was successful. On the 14th day we were discharged.

I expected the cost of treatment to be within the Sh3,320,000 package they had given me before I boarded the plane to come here, but I was asked to pay an extra Sh442,167.

Upon seeking answers, the agent changed tune and said that all the money I had paid was  “used up”.

But how could money that had been allocated for hip replacement and any post-surgery  complications be all gone before replacement surgery happened?

Unfortunately, on the 19th day my daughter developed a fever, started vomiting and we had to rush her back to emergency.

I was told my daughter would not be treated unless I paid more money. I woke up the broker and after discussions my daughter was re-admitted to the transplant unit.

Again I expected the package for management of complications to cater for this, but that was not to be.
Before she could be discharged, I was made to part with Sh740,000 on top of all the money I had spent.

We are still wondering what to do.

My Indian landlord tells me that the agents get a 25 per cent cut from each of the hospitals to which they deliver patients, adding that the doctors are very kind and professional.

I am here with two fellow Kenyans whose child is going through same procedure and the situation is just so painful and sad.

Their baby got a stroke and is now bedridden.

The hospital discharged them and expects cash from her.

The parents have sold everything they had but the child is still unable to speak and has to feed through a tube.

Their broker insisted the child was supposed to go back home in that state but due to seizures they could not travel.

I am so scared because my daughter got seizures too last week, though she is now okay.

Business unusual: A dream loan turns into a nightmare