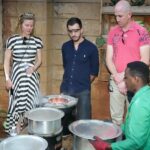 An innovation lobby group namely BURN saves Kenyan households an average of KES 18,000 ($158) per year on wood, according to an impact survey by Yunus Social Business Kenya (YSB) Impact Survey.

Burn has sold 1.4 million stoves and has reached over 4.9 million people, who have used the stoves and have significantly reduced 6.4 million tons of CO2 and 3.6 million tons of firewood saved. It is a Kenyan-based social business which designs, manufactures and distributes a range of Super fuel-efficient cooking appliances which include charcoal (Jikokoa classic, Jikokoa Xtra, Jikokoa Pro), wood and briquet (Kuniokoa, Turbo, Turbo Pro, Pro 100-300), electric (ECOA electric pressure cooker), and LPG (ECOA LPG).

“Our study has revealed very encouraging findings on how this kind of climate-friendly innovation can simplify cooking for households, especially the low-income earners by saving them money on energy sources. I’m happy that as a social business, Burn has been able to deliver sustainable solutions that provide a cushion to economic strain for many people while enabling them to enjoy the transformative power of innovation. Importantly, Burn has also proved that local manufacturing can deliver a great quality product and create hundreds of jobs,” said Susan Ngalawa, Yunus Social Business Investment Director – Kenya.

“We are delighted that the Yunus Social Business findings aligned with what we had always believed – super fuel-efficient wood stoves have a transformational impact, not just on deforestation and indoor air pollution, but also on poverty alleviation,” said Burn Founder and CEO.

Burn launched its first full manufacturing facility in Ruiru, Kenya in 2014 and is the only vertically integrated modern cookstove company in Sub-Saharan Africa. It has a capacity of 45,000 stoves per month and has created over 400 jobs since its inception.

YSB was co-founded 10 years ago, this June, by Nobel Peace Laureate Prof Muhammad Yunus and supports social businesses, such as BURN, across the world to solve the world’s most pressing problems. It opened a Kenyan office in late 2018.

Before they hit you, they hit near you – CAS Mwangangi recounts abusive incident with ex-lover