How cancer management is changing in Kenya 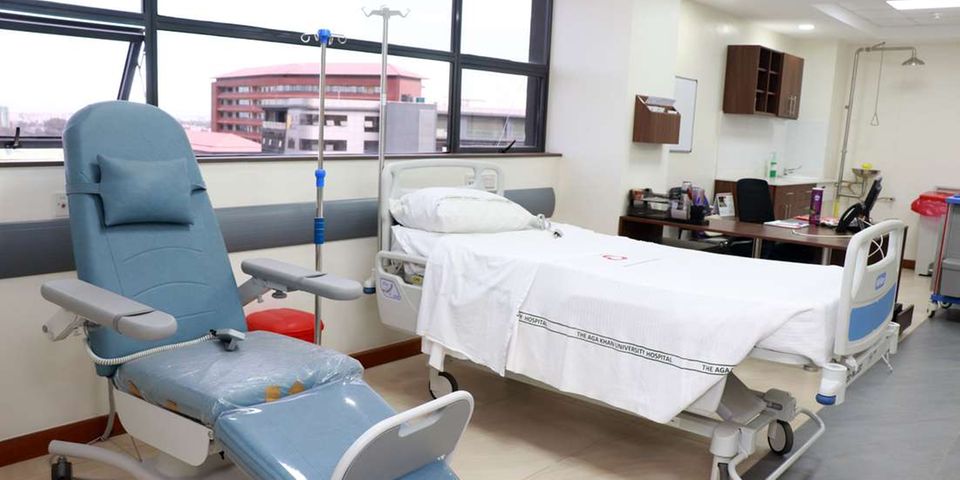 New global data suggests that the burden of the disease has risen to 42,116 cases and 27,092 deaths, meaning there are about 115 cases and 74 deaths daily.

With the number of patients progressively growing, the demand for specialised care continues to create a challenge in the management of the disease. There is the growing need to source for equipment for screening and treatment, and increase the availability of facilities as well as disease management experts.

In addition, late diagnosis and treatment, coupled with shortage of skills and personnel, poor community awareness and late presentation continue to contribute to high cancer cases. Patient, doctor and system delays are among factors that have been found to compound delayed cancer diagnosis.

In 2019, attention was drawn to cancer in Kenya following the death of high profile politicians, giving hope to many patients that their outcome would change. In 2020, however, new data showed the country recorded 42,116 new cases with the number of deaths rising to 27,092.

To turn the tables, the country’s medical training institutions have been increasing the number of specialists.

“In the past three years, a total of eight oncologists have been trained and joined the team,” said Dr Andrew Odhiambo, a medical oncologist and lecturer at the University of Nairobi.

Although the number of oncologists has increased to 50, it is still low, against a population of 47.6 million people. This means there are about 6,000 cancer cases for each oncologist in Kenya, compared to less than 150 in the US and China, according to the Journal of Global Oncology.

The government has equally pumped billions of shillings into setting up cancer centres which will not only aid in diagnosis, but also improve treatment. One such facility is Kenyatta University Teaching Research and Referral Hospital (KUTRRH), which has received Sh8 billion to build and equip a state-of-the-art cancer facility with 650 beds.

In April,  Dr George Njoroge, a chief scientific adviser at the facility said the Integrated Molecular Imaging Centre (IMIC) is set to be a comprehensive cancer centre and “will be the first publicly owned facility in the country and the region”.

“We have procured three machines that will revolutionise diagnosis: a cyclotron, a PET/CT and a SPECT/CT,” he said.

The hospital’s main goal is to provide survivorship and fill the gaps in the region in terms of screening diagnosis and treatment. An explosion of new diagnostic imaging techniques since the 1980s, such as ultrasound, CT, and MRI, and more recently, PET scans, have seen more people get diagnosed.

But it is not just construction and equipment that the hospital is focusing on. Prof Olive Mugenda, who chairs its board of directors, said that at least Sh2 billion has been set aside for training.

“The new imaging equipment was not in the original plan but we factored it in. We have also employed more than 20 technical people who are well trained to handle the machines,”  said Prof Mugenda.

Making the machines available locally will likely lower the cost of treatment by about 40 per cent.

Kenyatta university is not the only facility upgrading its centre. At the Aga Khan University Hospital (AKUH,N), a clinical research unit is in its final stages of development.

“We have established a cancer research unit where we are now testing new cancer drugs from North America to see if they will work here and also doing genetic testing,” Dr Mansoor Saleh noted.

Within the last year, he said, cancer management has changed to “a certain extent”.

“Covid-19 affected us only during the first three months  –  March to May – when patients were reluctant to come to the hospital for fear of contracting the disease. We had to go to their homes,” he said in an interview with the Nation.

Because of the virus, the use of telemedicine grew exponentially.

The number of patients seen at the hospital also increased by 43 per cent, Dr Saleh said. This was likely because Kenyans who could not fly out for treatment were compelled by circumstances to seek treatment within the country.

“Our patient satisfaction survey shows they were surprised they could get quality treatment here,” he said.

Dr Nidhi Gupta, a New Delhi-based medical facilitator who specialises in recommending hospitals and doctors to African patients, setting up appointments as well as helping with the purchase of drugs from India, agrees with Dr Sahel.

Dr Gupta adds that the purchase of drug and pharmaceutical shipments has increased tenfold .

“Flights are now so expensive so patients cannot afford them but many keep on placing orders for drugs,” she told the Nation.