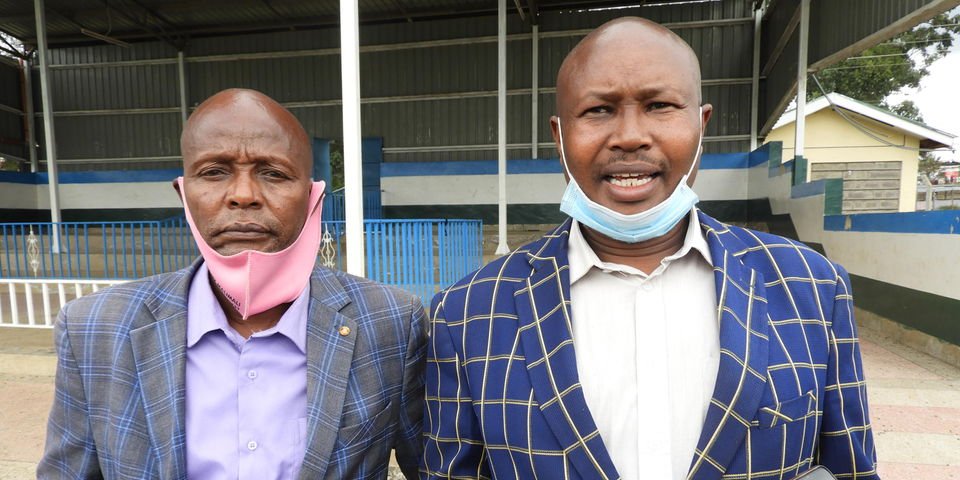 When Jack* (not his real name) was diagnosed with a terminal illness at Tenwek hospital in February, he lost hope in life and went into depression.

One Tuesday morning earlier this month, his body was found dangling from a tree outside his home in Sigor ward, Chepalungu constituency.

The family was shocked, as he had gone to bed the previous night after an evening meal looking jovial, and even cracked jokes with his siblings.

In Sotik sub-county, Irene* died by suicide after her parents failed to raise fees for her secondary education while well-wishers did not respond to her pleas for support.

With her education dream coming to an abrupt end, she decided to take her own life by jumping into a local dam.

The two cases provide a glimpse of the mind-boggling cases of suicides that have rocked Bomet County recently, with over 30 people dying at their own hands in the past eight months.

Uswet village in Kapletundo ward, Sotik constituency, has registered the highest number of suicide cases, 10, in that period.

Three cases in Chepalungu constituency involved victims who had been diagnosed with cancer, one of the leading causes of death in the South Rift region.

“We have cases of youths taking their lives over complicated or failed love relationships, affliction by various diseases and lack of finances or employment,” Mr Mutai said in an interview with the Nation on Tuesday.

Among the dead, he said, were 14 schoolchildren while the rest were middle-aged people and the elderly.

The county used to register between six and 10 cases a year, but the numbers have increased three-fold in the past eight months, raising concerns among stakeholders.

Drowning and hanging are the major causes of death while others are said to have consumed poison.

In some cases, the people survived after being rushed to hospital in critical condition but the majority died.

There are times when a majority of the bodies lying at the Longisa County Referral Hospital mortuary are cases of suicide.

Malel Langat, the Kenya National Union of Teachers (Knut) National Executive Committee member, said it was unfortunate that the majority of victims were schoolchildren or young people in their prime.

“There is a need for youths to undergo counselling so that they can face the challenges in the society,” he said.

He urged the Ministry of Education to hire and post professional counsellors to schools to support learners.

The professionals, he said, would also help curb strikes, arson and destruction of property by students.

Bomet County police Commander Naomi Ichami recently called on young people to share their problems with friends and their families instead of taking their own lives.

The Bomet Medical Services and Public Health executive, Dr Joseph Sitonik, said some of the cases were related to terminal illness or lack of medical fees.

“It is important for people in all classes of the society to seek professional counselling, which is available in our health facilities, to cope with the various challenges they face in life instead of dying by suicide,” he said.

Some of the victims had lost their jobs and livelihoods as a result of the Covid-19 pandemic in the last one and a half years.

Others went into depression and overindulged in illicit alcohol in the belief that they would drown their sorrows but ended up aggravating the situation instead.

It is also claimed others took their own lives as a result of failed love, especially the young.

Apart from the dams, a few have taken their lives by jumping into local rivers, including Nyangores, Chepkulo, Itare and Kipsonoi.

Covid-19 has greatly damaged the economy, leading to the closure of industries, retail shops and other commercial outlets, and mass layoffs.

The hospitality industry has been hit hard by the night curfew aimed at curbing the spread of the respiratory disease, with a huge slump in tourism.

“There is a need for the government to review the Covid-19 pandemic containment measures with a view to reopening the economy, enabling businesses to flourish and creating employment opportunities and source of income for the people,” said Leonard Langat, the Kenya National Chamber of Commerce and Industry Bomet branch chairman.

The transport sector has also been affected, with many investors pulling out of the business due to restrictions on movement imposed by the government.

Many traders have gone into depression after battling auctioneers seeking to sell their properties to recover unpaid bank loans.

READ ALSO  Off Campus Accommodation At University Of Alabama In Huntsville.

Related Topics:Dr Joseph SitonikNews
Up Next