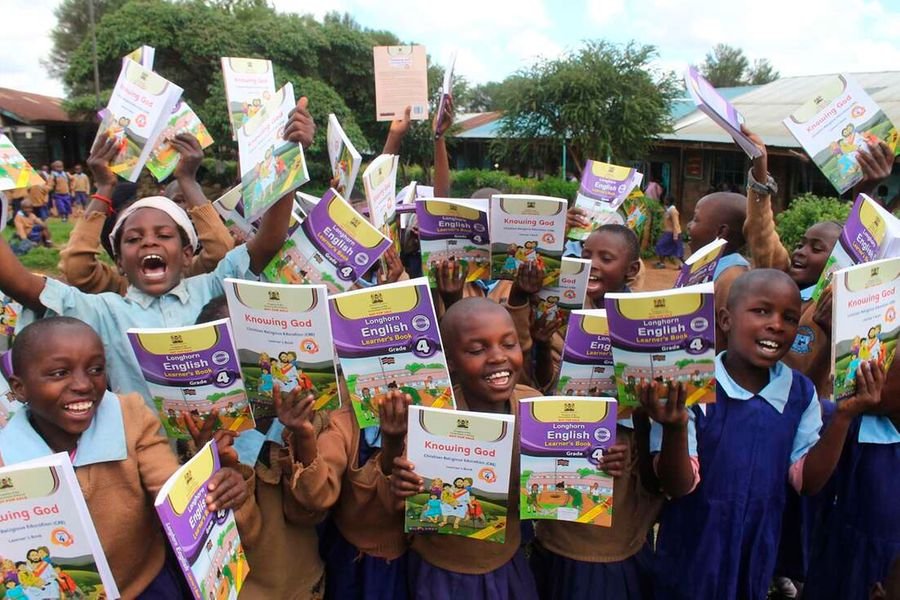 One month after term one of the 2021 school calendar started, Simon Odaya was still struggling to buy the complete list of textbooks that his Grade Five daughter needs.

He is supposed to buy 20 textbooks. One book costs about Sh500, meaning Mr Odaya will spend Sh10,000 on textbooks alone.

Other subjects are art and craft, music, pastoral programme of instruction, indigenous languages, and foreign languages such as German, French and Arabic.

“The new curriculum has brought back subjects that were dropped in the 8-4-4 system, like music, art and craft, and agriculture. This means the additional subjects have pushed up the number of books, and you have not yet included exercise books,” Mr Odaya explained.

The other costs incurred in school stationery have not been factored in. CBC, he says, has pushed up the budget for most parents.

“Children are now using the internet a lot. Assuming you do not have an internet connection at home, your money will be used up at cybercafés,” he said.

“The new syllabus encourages pupils to use technology to study and you also have to print the work. A good number of parents do not have printers or printing papers in their homes. This is an added cost.”

Jane Waithera also reads from the same script as Mr Odaya. She says she had to save up money to buy a printer.

“In a week, I was spending Sh800 at a cybercafé on the internet and printing some of the homework my son was required to do. This was becoming very expensive for me and I decided to save up money and buy a printer,” she said.

This new term she spent a total of Sh8,000 on textbooks alone for Grade One.

The Covid-19 pandemic has also not helped the situation. Apart from the high cost of living, the school calendar was also disrupted when schools were closed and learners stayed at home for almost a year as one of the measures to curb the spread of the disease.

This has resulted in shorter holidays and shorter terms, causing more pain for parents, who have to figure out where to get money for school fees and accessories needed by their children.

And for some parents, CBC seems to be a scheme cleverly devised to burden them more but offer a silver lining to publishers.

They argue that the many textbooks required by each learner translate to higher profits for publishers. That is not all. CBC now requires learners to write inside most of the textbooks.

This means that books can only be used once by a learner and cannot be handed down to younger siblings or relatives like before.

But Lawrence Njagi, the chairman of the Kenya Publishers Association, disagrees, saying that, businesswise, publishers are still where they were during the 8-4-4 system.

“In fact, we are left with a huge stock of books from the 8-4-4 syllabus that we cannot sell anywhere. The problems of many books are being imposed by individual schools,” he said.

“What happens when we have a new curriculum, the idea is not to help the publisher but the learning gap. A study was done and showed that the 8-4-4 curriculum was lacking. This meant the resource material had to change,”

This led to the introduction of a course book and a workbook. The workbook – which is also a textbook – is the one that pupils are required to write in.

“For the course books pupils use exercise books to answer questions and this is the one that is a must-have book. The workbook is additional material for learners. In government schools the pupils are only supplied with the course book; the workbook is entirely optional,” Mr Njagi said.

This leaves parents with children in private schools in a catch-22 situation as they are being asked to buy the workbook.

“Each private school makes its own decision on how to proceed. They might decide that having the workbook is a must; we cannot interfere with that. But ideally, teachers can teach with just the course book,” Mr Njagi explained.

He also argues that learners now have fewer books than when they were under the 8-4-4 curriculum. He says under 8-4-4, students were overloaded with encyclopedias, textbooks, and course books, among others.

“What we are seeing is less reliance on textbooks but on practicals. We have the course book, the workbook and the learner’s book. The learner’s book is not a must for the pupil to buy but if the parent is okay financially and feels they can afford it, then they can also buy revision books. Parents should ask questions to the teachers and schools when asked to buy many books,” Mr Njagi said.

CBC is not to blame for the demand for many books by schools, says Prof Charles Ong’ondo, the CEO of the Kenya Institute of Curriculum Development.

He says CBC does not prescribe a long list of learning materials to support the curriculum in schools.

The government, he explained, procures books for learners in public schools and the rest are complementary learning materials that are optional.

The curriculum designs that teachers rely on to prepare learning lessons, he says, provides for suggested learning materials, which means that teachers are expected to make rational decisions on what is required to aid learning, depending on where a school is located.

He added that such cost-effective approaches to learning enhance imagination and creativity, as well as critical thinking and problem solving, which are some of the core competencies for basic education.

“Publishers have done a recommendable job. We interact with great ideas during evaluation but we have to agree that not all of these books should be made compulsory to be bought by parents,” Prof Ong’ondo said.

“Schools could purchase a few of these as reference materials by teachers and not necessarily as books that pupils must have in class. Parents are free to choose from the wide collection of approved curriculum support materials but they should not be coerced to invest in the supplementary course materials.”