How curfew is driving death on the road 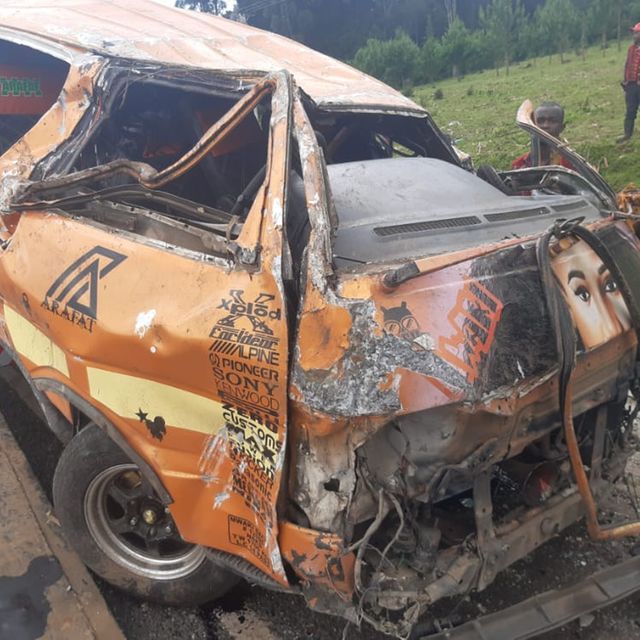 When the government imposed a 10pm to 4am curfew, the aim was to restrict night movements in a bid to curb the spread of Covid 19.

However, the country is facing another challenge in which Kenyans have been dying in road accidents while trying to comply with the restrictions.

Drivers who want to beat the curfew deadline drive passengers to their deaths after causing accidents while speeding.

The latest case was witnessed on Wednesday when a 14-seater matatu heading to Nakuru crashed at Jubat on the Kericho-Nakuru highway. The driver and two passengers died in the accident.

Londiani Sub County Police Commander Joseph Mutungi said the driver of the matatu that was heading to Nakuru was trying to overtake another vehicle before it collided head-on with the truck that was headed in the opposite direction.

Only the truck driver escaped unhurt from the 9pm accident.

“The 14- seater matatu had three occupants, including the driver who died on the spot, while the truck driver escaped unhurt,” said the police boss.

Even as investigations into the cause of the accident were launched, the police boss called on drivers to be more vigilant and adhere to traffic rules, especially while driving at night.

The accident occurred barely a week after another one on the same road claimed six lives.

Mr Mutungi confirmed that the accident, which occurred on Sunday evening, involved a 14-seater matatu that crashed after a tyre burst at Londiani.

The matatu was heading to Kisumu from Nakuru and was expected to arrive before the start of the curfew at 10pm.

In another accident on August 25, six people lost their lives at Greensteds on the Nakuru-Nairobi highway, in a collision between a passenger van and a lorry.

The driver of the lorry said he was rushing home to Nairobi at 7pm after delivering goods in Nakuru town, before a sudden stop by a passenger shuttle ahead of him saw him apply emergency brakes. His lorry skidded into the opposite lane and collided with an oncoming shuttle.

Nominated Senator Victor Prengei was also the victim of an evening accident. His vehicle crashed at Gioto on the Nakuru-Kabarak road as he drove home at 9pm on August 16.

Police said the senator, who died from his injuries, had lost control of the vehicle, which veered off the road and hit a wall.

The trend of evening accidents is now making stakeholders worried over road safety in the midst of the pandemic.

Mr Muli said the transport business had been negatively affected by the trend, with passengers shunning public transport in the evenings.

He blamed the police for propagating impunity on roads by taking hefty bribes from the drivers who are caught during the curfew.

“In their bid to avoid being caught by the curfew, the drivers tend to rush, thus putting the lives of passengers at risk. This has had a negative impact on our business because very few people want to travel in the evening, even if they are assured of arriving on time,” said Mr Muli.

Mr Muli further called on the National Transport and Safety Authority (NTSA) to step up its mandate on ensuring compliance with road safety rules to safeguard the lives of passengers.

A report from the NTSA indicates that the number of deaths resulting from accidents in the country for the first five months of 2021 are 17,360 which is a 20 percent increase compared to the same period last year.

According to the statistics, at least 30 people have lost their lives in the month of August alone.