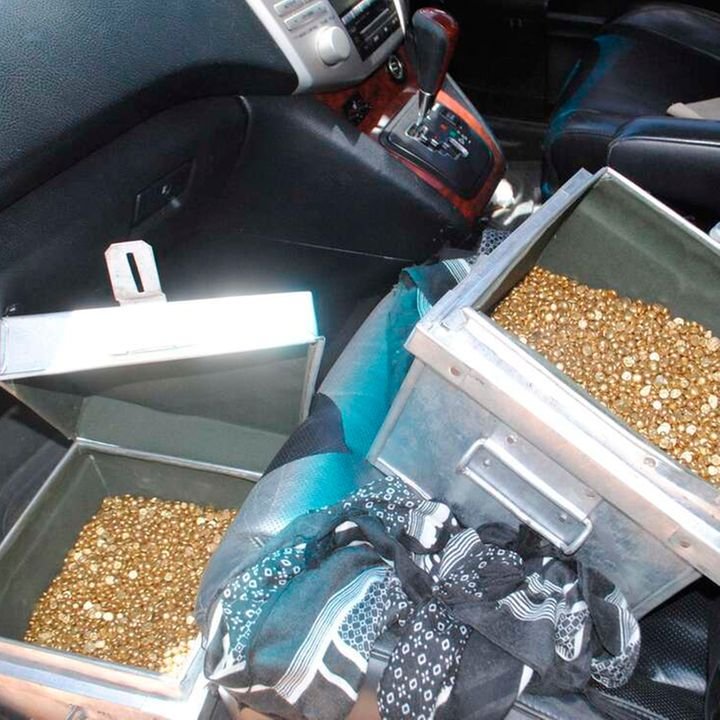 Bernhard ten Brinke started 2021 on a promising note, as he looked destined to net two different sets of gold within the first month of the year.

The Dutch national’s navigation of the hot Saudi Arabian desert placed him among the favourites to win the Dakar Rally, touted as the world’s toughest, and take home a gold medal as at January 5.

And two of his companies’ representatives – Frank Wijnen and Ewout Haanstra – were in Nairobi to seal a deal that would see the rally driver’s Three Gold BV and  Bernhard ten Brinke Holding BV buy gold worth Sh2.1 billion from Kenyan businessman George Fundu.

Mr Brinke and his co-driver Tom Colsoul both survived the crash with no major injury, but bowed out of the race and missed out on the Dakar Rally gold medal.

In Nairobi, Mr Brinke’s companies were not doing well either, as the gold purchase deal did not only fail to materialise, but cost the Dutchman and his companies nearly Sh200 million.

Three Gold BV and Bernhard ten Brinke Holding BV signed an agreement with Global Freight Management Limited, a Kenyan firm owned by George Fundu, for the purchase of 500 kgs of gold on December 21, 2020.

His lawyers, Rene & Hans LLP, have asked the High Court to award compensation for damages caused by the alleged fraud scheme.

In what may come as some reprieve for Mr Brinke, Elvis Ouma Muga was last Friday charged with obtaining Sh171.32 million from the Dutch national.

Prosecutors believe Mr Muga was the key beneficiary and may be the architect behind the suspected gold scam.

The 500kgs was to be the first of more future purchases, meaning Mr Fundu would have earned billions from the Dutch companies.

The price was set at $42,000 (Sh4.52 million) per kg, meaning Mr Fundu and his Global Freight Management Limited were about to earn Sh2.1 billion through the sale.

Mr Wijnen and Mr Haanstra chartered a plane and landed in Nairobi on January 3, 2021 to start the gold purchase deal. Mr Fundu had assured the Three Gold BV and  Bernhard ten Brinke Holding BV representatives that he could supply all the precious metal they needed.

After one week in Nairobi, the Dutchmen signed an agreement with Mr Fundu’s Global Freight Management Limited which clarified how the gold and the money would exchange hands.

Under the deal, Three Gold BV and  Bernhard ten Brinke Holding BV were to wire Sh171.32 million to a bank account owned and operated by Ochieng’ Opiyo & Company Advocates.

The money was meant to cater for customs payment, storage and any other administrative costs for the gold exchange.

Only after getting comfortable would Mr Brinke give verbal instructions to Mr Ochieng’ for release of the Sh171.32 million to Mr Fundu.

The two Dutch firms would send an additional $22,600 (Sh2.43 million) to Smart Ultra, a firm that claimed to store 50kgs of gold on behalf of Mr Fundu and Global Freight Management Limited.

After splashing Sh20 million to charter planes from the Netherlands to transport the precious metal, Mr Brinke realised that his firms were never going to get the gold, at least not from Mr Fundu.

“Three Gold BV incurred immense costs in chartering a private plane on two occasions from Netherlands to the Jomo Kenyatta International Airport with a view of collecting the first gold shipment of 500 kilograms. Global Freight Management Limited however has failed, refused and/or declined to deliver the first gold shipment as was agreed in the sale and purchase agreement,” Mr Brinke said in court papers.

“It later turned out that the defendants herein were acting in concert and in a well-coordinated enterprise to defraud the plaintiffs of their hard-earned monies in the sum of USD 1,589,760 in the pretext of a transaction for sale and purchase of gold,” Mr Brinke added.

Mr Brinke added that Ochieng’ Opiyo & Company Advocates acted unlawfully by releasing the Sh171.32 million before getting verbal clearance from him, as was agreed by all parties in a contract signed on January 9.

Aside from seeking a refund of the Sh171.32 million, Mr Brinke’s companies are seeking damages from Ochieng’ Opiyo & Company Advocates, Sidian Bank and Absa Bank.

Ochieng’ Opiyo & Company Advocates has been accused of aiding fraud by releasing funds before getting instructions from Mr Brinke.

Sidian and Absa have been accused of failing to do due diligence “of a competent banker, which duty is owed even to third parties, including Three Gold BV and Bernhard ten Brinke”.

In April, the Assets Recovery Agency (ARA) got wind of the money transfer from Bernhard ten Brinke Holding BV and started investigating the source and purpose of the funds.

The ARA found that a good chunk of the money had been wired from Ochieng’ Opiyo & Company Advocates’ bank account to several individuals.

High Court judge Daniel Ogembo in April allowed an application by the ARA to freeze six bank accounts that received Sh53.9 million, with Ochieng’ Opiyo & Company Advocates as the origin point for the funds.

Other companies that received part of the money but were not affected by the freeze orders obtained by the ARA are Conrad Maloba & Associates (Sh34.5 million), Odhiambo Talam & Company Advocates (Sh20 million), Peva Cargo (Sh47.7 million) and Granfield Investments (Sh25.8 million).

Conrad Maloba & Associates sent Sh19 million to a company identified in court papers as Star of Africa, and the transfer was justified as funds for purchasing bales of shoes.