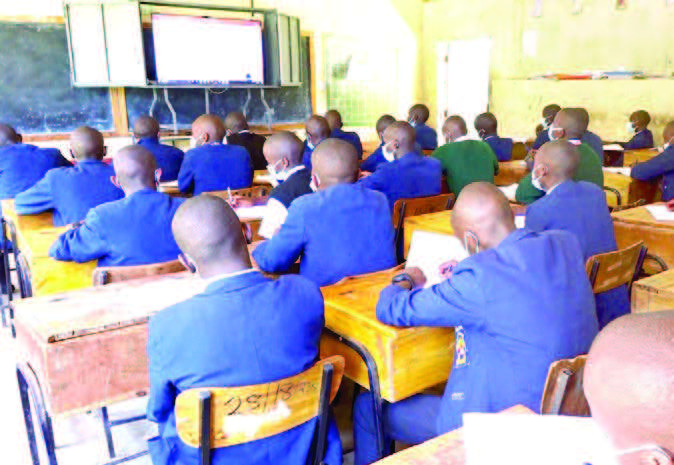 The Ministry of Education paid out a whopping Sh1.8 billion for “ghost” students in secondary schools in the 20192020 financial year, a new audit report shows.

In her latest report on the ministry, Auditor General Nancy Gathungu reveals how money was disbursed to non-essential projects including payments to publishers who did not exist.

The auditor says overpayment for non-existing students was as a result of erroneous computations of July and September, 2019 disbursements, inflation of enrolment numbers in January, 2020 and double payments to some schools.

The school was among other “fake” schools in the ministry records, which received the allocations from the ministry.

The report indicated that the clerical officer identified a loophole in the government system for disbursing funds to schools and registered Mundeku Secondary School.

He then opened an account at Equity Bank through which he would receive the money.

The Public Accounts Committee report shows that the man fraudulently received Sh11,131,305.53. It, however, does not state how long the ‘school’ was in government records and how it avoided the attention of auditors.

A list given to publishers to supply books to schools under Secondary Quality Improvement Programme, for example, indicated that Mundeku had an enrolment of 1,188 students.

Such high enrolment numbers are usually registered in national and a few extra county schools.

Considering that the government allocates Sh22,244 per learner in secondary schools, the money lost to the rogue official could be more. The auditor put the figure at Sh27,329,598.95 before the ministry submitted the lower figure.

Failure by the ministry to fully migrate to Nemis was blamed for the theft of billions of taxpayers’ money pocketed by corrupt officials and school heads, according to the PAC report.

• Ministry of Education could have paid out a whopping Sh1.8 billion for “ghost” students in secondary schools

• Auditor also reveals that another Sh26.8 million was sent to schools whose existence was in doubt

• A clerical officer identified a loophole in the government system for disbursing funds to schools and registered Mundeku Secondary School. He then opened an account at Equity Bank through which he would receive the money.

READ ALSO  Here is the top KCSE student in Kenya