How fake Covid-free certificates are sold in Nairobi backstreets 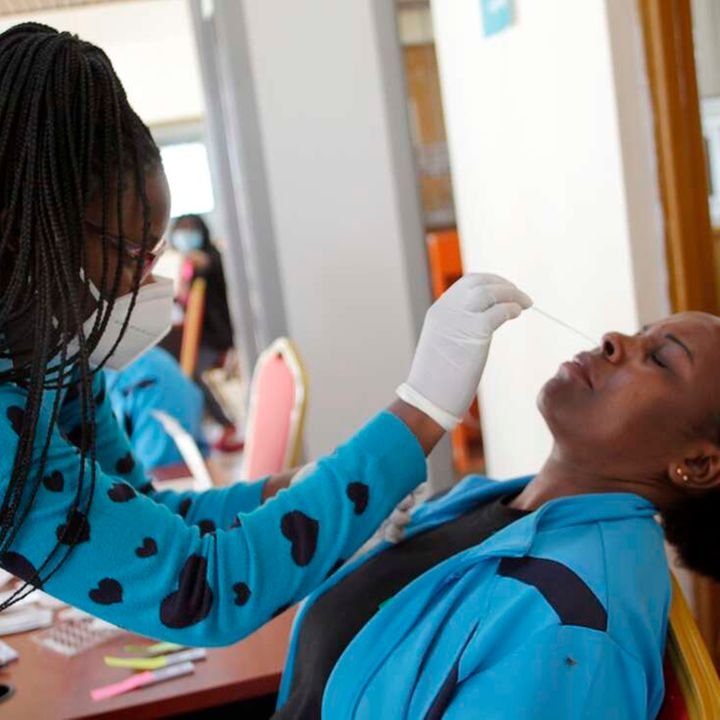 Nairobi’s River Road, famed for proliferation of all manner of contraband products, is now the home of fake Covid-19-free certificates.

The document, which should strictly be issued by select laboratories under government guidelines, is now being dispensed by crafty businessmen in nondescript cybercafes at a fee. Their main customers are truck and matatu drivers as well as travellers to various East African destinations.

The Nation was able to acquire two Covid-19 free certificates after parting with some thousand of shillings and without being tested. The biggest currency required in the trade is trust, and so they ask the customer some teasing questions and keenly study the body language for harmless demeanour before they start to produce the documents.

The Nation landed at the terminus for vehicles that ply Tanzania route, a bustling environment, and like any other bus stop, touts rush to meet possible clients. I asked one of the touts where I could get a Covid-19 free certificate to facilitate my travelling to Tanzania.

“Unataka tufanye magendo?” (Do you want us to flout the law?) he posed. He was in a drunken stupor. I asked him for available options. He gazed silently before snapping his finger to indicate that an idea had hit his head, beat an about-turn and sauntered down some street as I followed.

He was dressed in jungle green garments. He had been a professional forester and trained mountaineer before his life took a downward spiral, he said. He was fond of his “dead” career and did not hesitate to tell anyone. His T-shirt was inscribed the words, “British squadron, you call, we fall”.

Then he asked to use my phone to call a friend who could get us the document in under an hour. I could tell the voice on the other side was asking tough questions. My guide, however, assured him saying the person in need of the document was a well-known friend.

After establishing that the service would cost Sh2,500, he negotiated for a cut to Sh1,000 on the basis of their friendship. However, my guide was firm that the Sh1,000 was not a discount, but his payment for the trouble he took to show me around. After a fruitless bargain, I agreed and only then did he continue with the walk.

READ ALSO  The Historic Signing Of Partnership With The University Of Alabama In Huntsville.

The short maneuver lands us at a small stall that has a combination of mobile money transfer shop, boutique and a bureau (printing, photocopying and other associated services). A man in an Irish ivy cap received us. His name is Mwende.

He, however, was unsure of my identity and whether I posed any danger to him.

“Should I trust you?” Mwende posed as the three of us giggled.

“You know, these certificates are issued by the government and what we’re doing is illegal. But we assist hundreds of people who need them conveniently, moreso the bus drivers who go in and out of the country,” he explained, to which I responded that all I needed was a certificate.

He asked me to make a down payment of Sh500, then wait for about an hour to collect the document. As he opened his desktop, I told him I was in no hurry to leave until I got the document. I sat on a blue plastic chair next to heaps of trousers he was selling.

At that point, my contact was impatient. He bid us goodbye immediately he got his cut.

I watched as Mwende rummaged through files on the desktop, moved the cursor below a file titled Curriculum Vitae and opened another named Covid-19 certificate.

He scanned through them and asked, “Do you want one for Lancet or Gertrude? The government has specific facilities. Nairobi Hospital is another option.”

After a brief thought, I told him to choose one that looked more legit (after forging). So I waited to see which one it would be.

Another critical point to note, he said, was that the document was not meant for travellers taking flights. Interestingly, it’s a common knowledge that legit documents have security codes that can be scanned for validity. That due diligence is often not found at the border posts.

Mwende opened a template with the logo of Getrudes Hospital, which he must have printed for some driver, and begun editing. He replaced George Gathogo with Anita Tesot, reduced the age and changed gender. On the dates section, we needed to calculate the time I had the samples taken and when I received the certificate to fit sensible timelines.

The document said my samples were collected at Gertrudes Hospital on August 7 and the results received two days later. That means I would freely walk the streets of Arusha for 10 days before worrying of its expiry.

“Won’t this stamp not give me away?” I asked when he handed me the print out.

“Not at all, that’s a digital stamp,” he assured.

I felt cheated because he had earlier used the issue of stamp to push up the cost. To cover up the lie, he wanted me gone for 30 minutes to find the document ready. But I insisted on waiting.

Either way, I had what I wanted, my SARS-CoV-2 result was negative in capital letters, so were my e-gene and s-gene results. Everything else looks legit. It even has the names of the hematopathologist and histopathologist of the hospital, beside three others who analysed, reviewed and approved my document.

“Interpretation: The patient sample tested negative for SARS-CoV-2,” it indicated.

The authority the paper carries is fake. But that’s what cross-border drivers use as a pass as they travel to Tanzania, Uganda, Rwanda, South Sudan and even Burundi, without being detected.

The Covid-19 committee places the transport sector as a key area in terms of transmission of the disease thus with fake documents, transporters are unwittingly moving the virus.

In May 2020, Transport Cabinet Secretary James Macharia announced that truck drivers would need to obtain a certificate from the MoH confirming that they are Covid-19 free before being allowed to travel outside the country.

However, the drivers say the bi-monthly walk into the designated laboratories or hospitals to be tested 48 hours before their scheduled travel is only an inconvenience but also an expensive exercise.

The easy way out is the River Road route. Being constant clients, they pay just a fraction of Sh3,000 charged at the Kenyatta National Hospital for the service. Private laboratories charge up to Sh7,000.

One bus driver named Jack wondered when “this nightmare” would end; when they will no longer worry about the long queues at the Namanga border for Covid-19 certificate checks and constant search for the paperwork after every two weeks.

“Cross-border drivers have really been affected by the pandemic. Many quit their jobs due to the stampede we used to experience at the border for the better part of 2020. Things are now more organised but not back to normal,” he said.

In his view, his counterparts plying Kampala route have easier experiences with the authorities there and can even operate without the document, unlike in Tanzania where he says Kenyans are prone to random checks and harsh treatment by the police on the road.

Before getting a break in River Road, I had directly approached a cybercafé for a Covid-19 clearance certificate. The woman at the counter said the business was risky as the authorities had gotten wind of it.

“I don’t know where my boys here normally get them from, but I would advise you against it. Just go to hospital and acquire one legitimately,” she said.

I also approached a group of youth in the city’s backstreets and asked for their help in getting the certificate. They ushered me into one shop where I was close to having it printed until one of them became apprehensive. I left but returned and one called Chege went hunting for the document himself. All he needed was my full name, Identity Card number, blood group and phone number.

Chege called with good news long after I had acquired the other certificate. He had one from “National Public Health Laboratories”. He even shared a screenshot of it. “Send cash to this number: 07225****6, I send you the pdf file for you to print. You don’t have to come to town,” he texted.

He wanted Sh4,000 for the service, what didn’t make sense to pay.