How fake magistrate survived for years 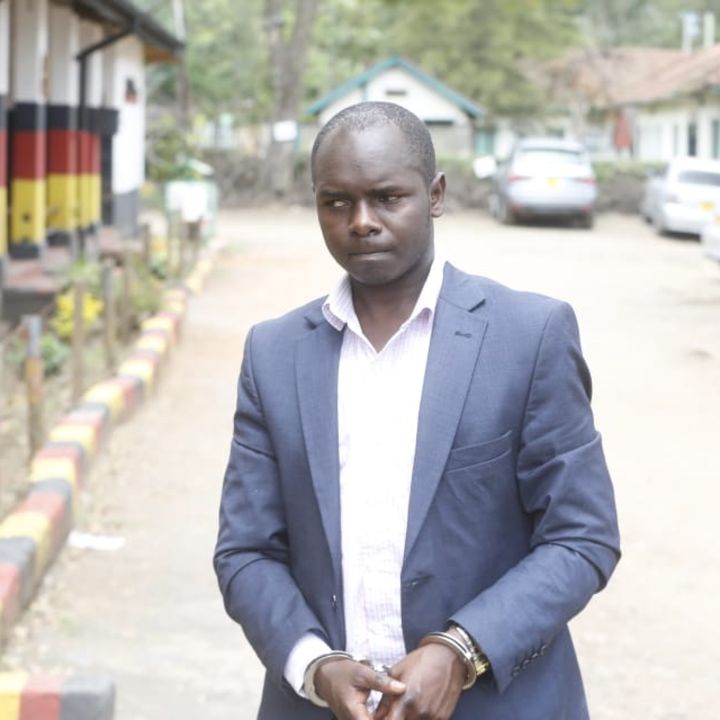 It’s a bizarre tale from the corridors of justice. The man who impersonated a magistrate and managed his ‘own court’ in Nakuru, now needs a lawyer to secure his freedom from a real magistrate.

Victor Kiprono Ng’eno exploited loopholes in the justice system to run his criminal activities for years as he reportedly conned unsuspecting victims who just wanted short cuts in the legal process.

He took advantage of the complex court procedures and naive Kenyans who either wanted to bribe their way out of trouble or in desperate need for quick justice.

Posing as a magistrate and a brother of Cabinet Secretary Charles Keter, he conned many who wanted the easy way out of their legal woes. Interestingly, he faced several charges even as he ‘served justice’.

He had fake clearance certificates from the Law Society of Kenya and the Judicial Service Commission. Police are in possession of photographs he had taken in judicial robes at the Supreme Court.

He reportedly carried a firearm. In July, Mr Kiprono allegedly reported at Mogosiek police station in Bomet that he had been robbed of Sh500,000 by a police officer known to him, who had colluded with a woman.

He claimed the duo robbed him while on their way home from a bar, before throwing him out of a moving vehicle. Police cleared the lady after establishing that Mr Kiprono had lied about the incident. They instead arrested the fake magistrate.

In Bomet, he was charged with defrauding Ms Carolyne Chekorir of Sh930,000 in April 9, while pretending to be in a position to help her secure a job at the judiciary. The offence was allegedly committed on diverse dates between September 22 and November 18 last year.

In another case pending before Kibera law courts, Mr Kiprono was charged in August last year with two counts of making fake IDs and impersonating a magistrate at Kilimani area.

Detectives said Mr Kiprono had hired an SUV from Kenneth Okoth, a businessman, for 10 days and paid Sh110,000, but disappeared and switched off his phone.

The vehicle was tracked to a village in Sotik, Bomet. Police said Mr Kiprono is known for absconding court dates but has always convinced magistrates to keep his bond terms.

In Bomet, his cash bail was forfeited on April 9, and an arrest warrant issued after he failed to attend court. After pleading not guilty to the charges, he filed an application for the review of Sh200,000 cash bail.

Justice Lagat Korir on May 13 allowed the application to review his bond terms. He granted him a personal bond of Sh50,000 or an alternative cash bail of Sh100,000.

In Nakuru, Mr Kiprono is alleged to have swindled a man identified as Samuel Soi of Sh1.6 million while purporting to be in a position to help his two children secure employment. He also promised to help him get a favourable ruling in a civil suit.

While masquerading as the cousin of the CS, Mr Kiprono tricked Mr Soi into giving him Sh1 million to help his two children secure jobs at Kenya Pipeline company.

He was introduced to Mr Soi by the son, whom he had met at a hotel in Nakuru. Believing Mr Kiprono was a magistrate, the son approached him to expedite his father’s case.

He often asked his victims to send the money via a phone line registered to his wife. The log book of the motor vehicle that he was driving was also registered in his wife’s name.

“We have traced his wife and she has recorded a statement. The suspect was using her phone and other documents in his transactions,” said a detective.

Mr Kiprono met his victims in social places, such as big hotels and entertainment spots. He also walked with different “employment forms”, which he gave out to his victims at a fee.

Another witness said he saw him presiding over a land dispute in Kuresoi, where surveyors were subdividing a parcel. Police are now trying to establish the man’s true identity.

Sources said Mr Kiprono dropped out of school at Kiptewit Secondary and started impersonating teachers. He allegedly conned parents by pretending he could help them secure admission for their children.

Police successfully applied to detain him for 14 days to conclude investigations.