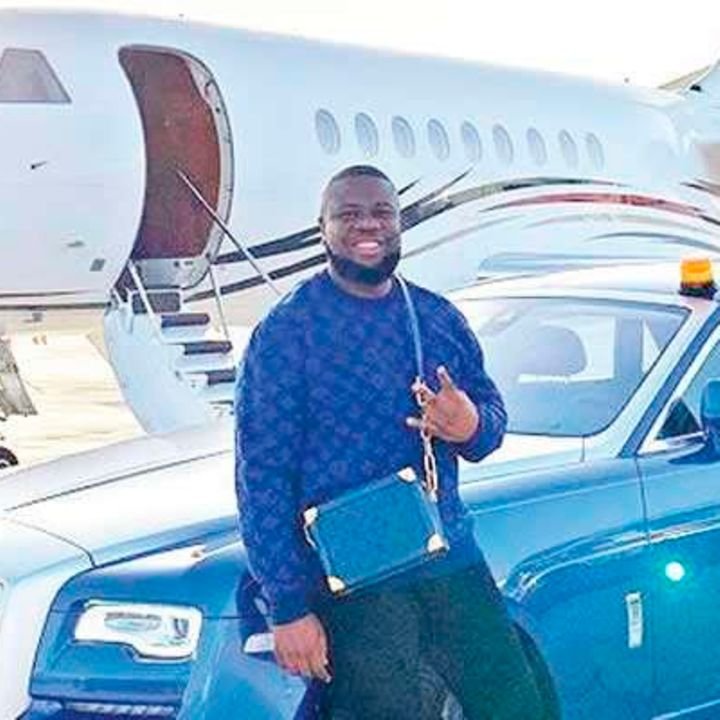 As an unwritten rule in all global Internet frauds, no matter the amount of money stolen or the friendships that exist between gang members, all scams end when the scammers turn on each other.

According to documents filed in a US court, although the face of the scam has turned out to be Hushpuppi due to his global popularity on social media, where he portrays a life of wealth and extravagance as a successful real estate businessman, it was 28-year-old Juma who is alleged to have masterminded the whole plot from his vast and well-furnished office in Upper Hill, Nairobi.

Everything had gone according to plan and the victim had caved in and agreed to send the gang $230,000 (Sh23 million) as “clearance fees” for the loan they lied had been frozen by Wells Fargo bank in the US.

Unable to agree between themselves where the money would be sent to before sharing it out, Hushpuppi secretly took over the deal and decided he would buy himself a watch with the whole Sh23 million.

The watch he wanted, a Richard Milles RM 11-03, is described by its maker as a racing machine on the wrist and is one of the most expensive time pieces in the world. Mostly worn by American celebrities and global sports icons, its appearance on any wrist immediately becomes a news item.

American billionaire rap star Jay Z is the most recent person in the world to have been seen with such a watch three weeks ago. As a self-proclaimed billionaire Gucci Master, it is this category of people that Hushpuppi wanted to associate himself with.

Once the watch got into his hands after being flown by a handler on a first-class flight to Dubai, Hushpuppi, being the social media butterfly he was, took to his most favourite platform, Instagram, to inform the world.

“One of the best things I learnt that keeps me going is to never take criticism from people I would never go to for advice,” he posted with the watch on his wrist. That was on January 13 last year.

By this time America’s Federal Bureau of Investigations (FBI), aware of the suspicious wire transfer made for the watch, had already begun digging. Assigned the case was special agent Andrew John Innocenti, a veteran in tech organised crime who has tracked down several internet syndicates across the world. A code name, Operation Fox Hunt, was assigned to the investigation.

READ ALSO  All this for nothing? Frustrated actress Maria talks about educated kids who are jobless

After Hushpuppi got the luxury watch, and unaware that they were being investigated, the gang began plotting the next set of lies they would use to milk some more money from their victim. By this time, they had already obtained $644,000 (Sh64 million) from the victim.

Out of this amount Juma had made Sh31 million which had been wired to Nairobi. Hushpuppi had made Sh33 million, of which he used Sh23 million to buy the watch and Sh10 million to fraudulently acquire citizenship in St Christopher Island in South America by faking a marriage to one of the locals. The only person who had not made any money so far was Chibuzo.

“Hush and I spoke,” Juma sent a message to Chibuzo on December 26, 2019 referring to Hushpuppi. “We will need something like Wells Fargo offshore website where the client can log in online and attempt a transfer,” said Juma.

The plan was to dupe the victim that the $15 million he was looking for had finally been deposited in his account then shake him down for some more money “to clear the funds”.

To do this, they needed to create a fake Wells Fargo offshore website where the victim could log in and see that indeed the money had checked in. This job was given to Chibuzo. After a few days, he not only had a fake website but something else that moved the scam to a new level.

“I have created something that would blow the client’s mind,” Chibuzo told Hushpuppi.

He had managed to create a fake telephone banking number where the victim could call and get information about the amount of money in his bank. The idea was mind blowing, immediately, Hushpuppi relayed the information to Juma.

“How much should we bill the client? Hushpuppi asked Juma. After a brief discussion, they settled for $570,000 and an additional $250,000. Juma then sent the “telephone banking” information to the victim and asked him to call the number and confirm if the $15 million was available in the Wells Fargo account.

A few moments later the victim called Hushpuppi with a lot of excitement. “Oh my God I can’t believe it is true,” he said, “can you transfer the funds to Qatar?”

Hushpuppi, who was now back to being Mr Malik of Wells Fargo, responded: “Listen, you know this thing is not easy. And this is why you need to be very, uh, confidential about this whole process because it’s not easy completely.”

He nevertheless agreed to “transfer the money” to Qatar as requested. Then he immediately called Juma in Nairobi.

“Aye bro, uh, you have no idea. My God, the client can’t even breathe, bro. The excitement! It’s crazy. He is even crying tears of joy. Congratulating me. Thanking me. Sorry if I had wronged you,” he reported before asking Juma, “Are you proud of me or no?”

After hanging up, Hushpuppi texted Chibuzo in Lagos enquiring how soon the fake website would be ready for use. Chibuzo told him it would be ready by the end of the day. Hushpuppi was impatient and wanted it immediately. “Give me a story line now,” he ordered.

Chibuzo sent him a photograph with something in the line of “US state non-resident withholding tax”. Hushpuppi immediately forwarded it to the victim saying that he would need to pay a withholding tax of $575,000.

“Sorry but this is too much,” responded the victim, before asking Hushpuppi to find a way of helping him avoid paying the “tax”. Hushpuppi sent screenshots of his conversation with the victim to both Chibuzo and Juma.

Unable to get the $575,000 they were looking for, Chibuzo and Juma agreed to reduce the amount by telling the victim that the lenders had agreed to assist in paying some of the taxes.

Before they could share this information to the victim, Chibuzo who had not received his cut on the $330,000 sent to the gang previously, had grown impatient. Additionally he had not been paid for creating the fake website and the techies who created it for him in Lagos were on his neck.

He decided to take matters in his own hands and spill the beans to the client telling him that “Juma and Abbas (Hushpuppi) were fake.” It was a mistake that in addition to the expensive watch purchased by Hushpuppi would lead to the gang’s fall out and eventual downfall.

When Hushpuppi learnt that Chibuzo had snitched on them, he asked Nigeria’s Deputy Commissioner of Police Abba Kyari to have him arrested and beaten up for his interference.

As usual Hushpuppi was impatient and wanted Chibuzo arrested immediately.

“We will pick him today or tomorrow,” the Deputy Police Commissioner promised before Hushpuppi responded with a promise of his own: “I will take care of the team also after they pick him up.”

As promised, before the end of that day, Chibuzo was in custody. Mr Kyari relayed the message to Hushpuppi in Dubai together with a photo of Chibuzo as confirmation.

“We have arrested the guy. He is in my cell,” the police boss reported.

Beating of his life

“I want him to go through serious beating of his life,” Hushpuppi replied.

Meanwhile, with Chibuzo behind bars, Hushpuppi and Juma continued with their scheme and on January 13 last year the victim finally caved in saying he would pay $440,000 in taxes. Hushpuppi got to work looking for a mule who would receive the money and send it to their (Hushpuppi’s and Juma’s) accounts.

“Over the next several days, Hushpuppi and Juma each kept in frequent contact with the victim as he attempted to raise funds to pay the purported taxes. Then, on February 4, 2020, Juma told the victim to send the money to Okatch and Company Advocates in Kenya,” said the FBI.

Between approximately February 5 and 10, 2020, the victim sent $299,983.58 to the bank account of the law firm in seven separate transactions,” observed the FBI.

Once the money landed in Nairobi, however, Juma refused to give Hushpuppi his share of the cash. While justifying his decision Juma told Hushpuppi that everything had balanced out since he had used the previous $330,000 to purchase the Richard Millle watch.

Angered, Hushpuppi stopped talking to Juma and the two fell out. A few days later, on February 14, the victim who had by this time realised he was being conned after losing more than a million dollars, confided in Hushpuppi that he thought Juma had defrauded him. “I know that you think I am stupid but I trusted Juma and now I’m going bankrupt.”

Hushpuppi, as Malik, responded: “Wow you lost over one million?” Then he promised to help the victim.

Unknown to the victim, Hushpuppi’s “help” was to defraud him further. He promised to speak to “his supervisor” at Wells Fargo but the victim was supposed to pay $180,000 to keep their discussions confidential.

After about two weeks on March 2, the victim wired $100,000 and $80,000 to two accounts that Hushpuppi had sent him. He proceeded to ask when the $15 million will be wired to his account.

Unsatisfied with the money he had received, Hushpuppi, came up with another plan to shake down the victim.

On March 12, Hushpuppi told the victim his boss, an individual he said was named Yousif, would be contacting him to arrange the transfer.

A few minutes later, “Yousif” began communicating with the victim on WatsApp saying that he needed to pay additional transfer charges.

“I’m not going to pay more. I am out of this game. You are doing what exactly Juma did. I am sure that you, Juma and Malik are all one team,” the victim responded.