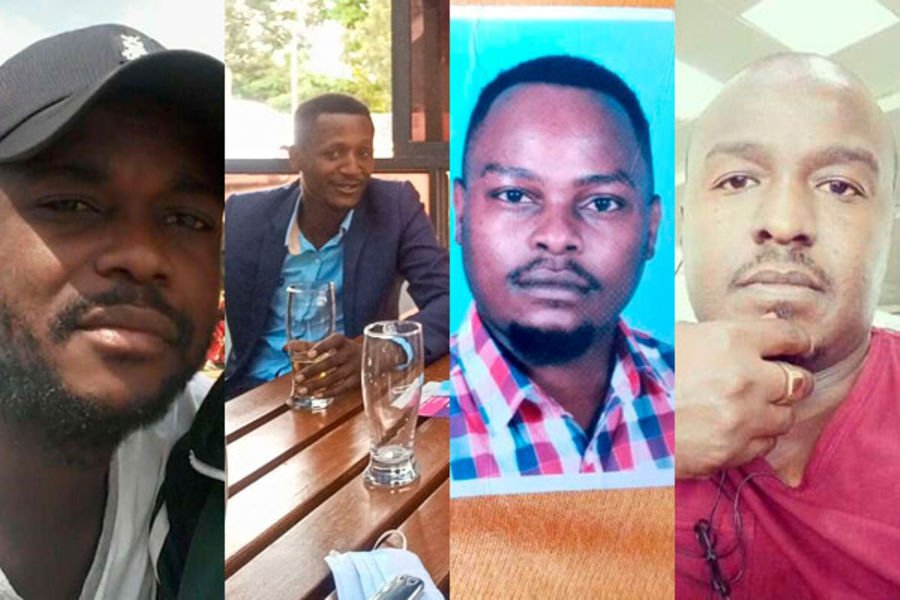 On April 20, the body of Elijah Obuong was fished out of River Mukangai in Murang’a County by sand harvesters.

As is the norm, police moved the body to the Murang’a Hospital mortuary, where it was booked as “unknown”.

It was only when the mysterious disappearance of Obuong and his three friends from Kitengela became national news that the family was able to trace the body to the mortuary a week later.

The Nation has learned from a mortician at the facility that the family was “lucky” to find the body at the time they did.

This is because the mortuary had initiated the process of disposing of unidentified and unclaimed cadavers so as to free up space.

“Had they been delayed by a matter of days they would not have found him. We are actually finalising the process,” the mortician said on the condition of anonymity due to the sensitivity of the case.

“The only holdup is getting the funds to hire grave diggers, otherwise the legal part is done.”

At the time of compiling this report, 12 bodies were set to be buried at the two-level mortuary at Murang’a County Referral Hospital.

Obuong’s case adds to the growing statistics of mysterious murders and disappearances that are being linked to rogue police squads tasked with eliminating criminal suspects.

“These officers feel the need to cover up crimes or use underhand method for whatever reasons,” said Carolyne Tunnen, programme coordinator at the Independent Medico-Legal Unit (IMLU).

“Though widespread countrywide, extrajudicial killings and enforced disappearances are rampant in informal urban settlements and more so in the pretext of crime prevention or countering terrorism and violent extremism.”

Some 20 cases of enforced disappearances have been reported in the last five months, IMLU says.

Despite the rising numbers of enforced disappearances, only a handful of them are ever resolved, with the few turning out to be murder cases that eventually go cold.

Our investigations have revealed how hitmen, mostly in uniform, exploit under-resourced mortuaries and legal loopholes to get away with murder. The goal is to make sure the bodies of their victims are never found and are buried by the state without an identity.

It has also emerged that the hit squads are adopting new techniques of killing people and disposing of bodies without leaving behind forensic evidence that can be traced back to them.

For decades, rogue police officers preferred shooting their victims, but recent killings show that the tactics are shifting to less traceable methods of executions.

The shift in tactics has been attributed to the ability of the Independent Policing Oversight Authority (Ipoa) and human-rights groups to extract forensic evidence, such as ballistics, that can be directly linked to the officers involved.

Now abductions and strangulation appear to be preferred techniques. However, it is the disposal of bodies that allows hitmen to get away with murder easily.

A review of recent killings shows that bodies were dumped in remote areas, with the most preferred locations being rivers, dams and forested areas.

The central region of Kenya and parts of eastern are some of the common destinations for the bodies owing to their terrain and distance from Nairobi.

Masinga Dam in Machakos County has emerged in recent months as one of the most common points where bodies are dumped.

Residents of the area told the Nation that the bodies are usually of non-locals and will most likely be found by staff at the hydropower plant.

They said that the chances of bodies being found in the dam are slim as the reservoir is infested with crocodiles and hippos.

Since October last year, the Nation has reported four cases of suspected extrajudicial killings where victims were dumped in Masinga Dam.

Three of the victims were ferried from Karatina in Nyeri County, some 127 kilometres away, while a fourth was reportedly from Nairobi.

The bodies were later moved to the General Kago Hospital mortuary in Thika, another 120 kilometres away. The cases remain unresolved.

In the central region, bodies will sporadically appear in small rivers and streams and usually locals cannot identify them.

The choice of water bodies in which to dispose of corpses has been attributed to an attempt by killers to get rid of as much traceable evidence as possible.

It is harder for investigators to retrieve forensic evidence from bodies submerged in water, especially under strained investigative systems.

Also, coupled with strangulation as a murder technique, these deaths usually do not raise red flags and will usually be viewed and sometimes recorded as drowning incidents.

Naturally, the discovery of an unknown body will be handled by police, who collect the corpse and take it to a public morgue in the jurisdiction where it was found.

Under police protocols, morticians are required to store the bodies as they are without tampering with them until they can be identified. This means that even the clothes the victim was wearing must remain as they were.

“Once we receive an unidentified body we store it as it is until it is identified by a family member through the police. This makes it difficult to preserve the body,” a mortician said.

Because most public mortuaries are resource-deprived, unidentified bodies end up being disposed of, especially due to unsanitary conditions occasioned by decomposition or lack of space.

Investigations into unnatural deaths in this instance are usually hindered as an autopsy cannot be conducted until the body is identified by a relative.

Under the law, an autopsy can only be conducted upon request by the police and/or the family of the deceased.

However, upon the discovery of an unidentified body, police are required to circulate a signal to all police stations in the country. This information is cross-referenced against missing-persons reports and the kin of missing people are directed to the mortuaries to try to identify the bodies.

The Nation has learned that not all families are given full disclosure on the discovery of unidentified bodies, especially if the victims have links to criminal dealings or if police had a hand in their disappearance.

For families of victims of enforced disappearances, the work of rummaging through public mortuaries in search of their kin is left to them, a task that is not only physically tedious but also psychologically troubling.

This means that some of the bodies of victims of extrajudicial executions will stay for long periods in mortuaries, allowing for the window for collecting them to lapse.

The Public Health Act (Cap 242) Public Mortuary Rules stipulate that no person shall keep the dead in a public mortuary for more than ten days.

Under the law, if a body remains unclaimed at a mortuary for 21 days, the hospital is allowed to dispose of it, as long as it has sought orders from a court and has given families a 14-day notice to collect them.

Unclaimed bodies are usually buried in mass graves owned by the government, and are usually untraceable afterwards.

Hitmen are now said to be exploiting this legal loophole to enforce disappearances of criminal suspects permanently.