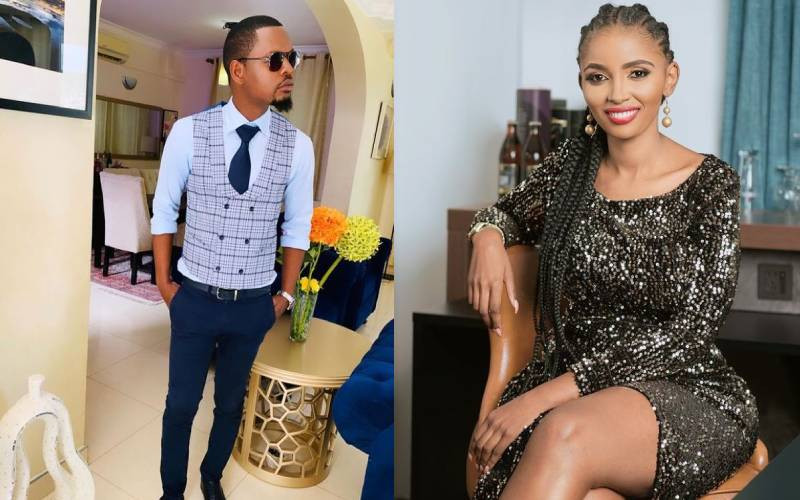 Ben Pol, a Tanzanian singer, has spoken candidly about how he handled the divorce proceedings from from his ex-wife, Keroche Heiress Anerlisa Muigai.

The Moyo Mashine singer revealed in a recent interview that because he invested so much time and energy into the relationship, it was too tough for him to handle on his own.

Ben Pol argued that pretending everything was well would have been detrimental to him.

“After whatever happened in my personal life, in my opinion I felt that if someone was really in a relationship, that space and was really invested, you can’t end things yesterday and tomorrow you move on with life like nothing happened,” he said.

The Bongo Flava star said in order to help him deal with the issue, he had to seek expert assistance.

“I had to cope and the copying mechanism meant I had to see someone who is a professional with those things. Got some counselling and what not…. So it’s true I was seeing a specialist, that I won’t deny,” he added.

Barely one year into marriage, the singer and his ex-wife divorced. Ben Pol clarified that he was unable to pinpoint the precise reason why he decided to call off their union.

“I cannot pinpoint one thing and say this is what happened. It is the universe that allowed us to go separate ways. Both of us. I can say it was God’s plan,” he said.

Ben Pol asserted that, in contrast to Anerlisa, who has since gone on to a new relationship, he is not in a rush to meet new people and is instead concentrating on his profession, travels, and enjoyment of life.

“I am kind of single. I have been busy working and traveling but I don’t know what to say. That question might not help people but yes am single.”

However, he added that he would be open to dating and getting married once more if the right love possibility came along.

“I am not looking for a lover but I am open to love and if love comes, I will be okay. I am just living my life genuinely and enjoying my life,” he said.

Ben Pol’s marriage ended sooner than anticipated, but the musician says he learned more valuable things from it than he did remorse.

“I don’t regret it as it is just a phase to take lessons from,” said Ben Pol.