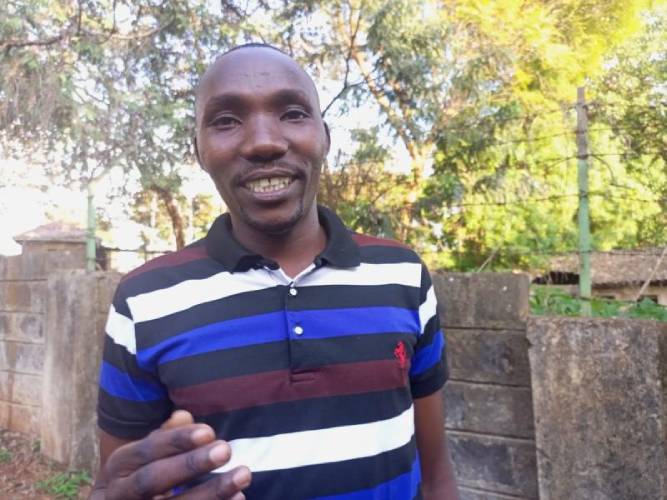 In 2013, Githuki Nyokabi was an amateur photographer who camped at Naivasha District Hospital Mortuary to meet clients coming to pick remains of their departed ones. Armed with a mobile printer, he took random photos which he would plead with mourners to buy.

Given the thankless nature of his job, when a morgue attendant approached him for a more profitable, he received the offer with open arms.

“I received meagre payments from the photography job and when I was promised good tidings from dressing the dead, I did not look back,” said the journalist currently attached to Coro FM.

His job description included shaving, dressing, beautifying and washing bodies, a job he performed with zeal.

Although, he loved his job, Githuki was ostracized by the community and family members.

“For the five years I worked at the morgue, I lost some of my closest family members and friends, they thought I could go berserk and eliminate them but my late grandfather understood and supported me, he encouraged me to go to school saying only education could save me from ridicule,” Githuki said.

Despite the critics, Githuki never quit because, “The dead are the best people to work with as they never argue or complain about services. Maybe because they won’t feel it or pay for it.”

For giving the dead a makeover, he earned Sh3,000 for one body and on busy days like Friday he attended to about seven to ten people.

When his savings went up to Sh400,000, Githuki decided to pursue a diploma in journalism from Mt Kenya University.

Even while in school, he continued with his service for the dead at the General Kago Funeral Home. Unfortunately, the shaming never stopped.

“While I was the one catering for my school fees, those who laughed at me only needed to send a please call me message to their parents and receive the financial support. I even recruited two of my student colleague for the part time job,” Githuki told The Nairobian.

His lowest moment as a morgue assistant was coming face to face with his childhood friend.

“I had been told by a morgue attendant to attend to a body recovered after an accident.  Before I started working on it, I realized it was my childhood friend, this case traumatized me for months. That was the only time my job haunted me,” Githuki added.

He juggled work and school until 2018 when he completed his studies and got a job at a radio station.

“Because of the dead, I’m now a journalist and a happily married father-of-two,” Githuki said. He is urging people not to choose work or look down upon those who do odd jobs.

Obado’s PA handed over Sharon to her killers, court told